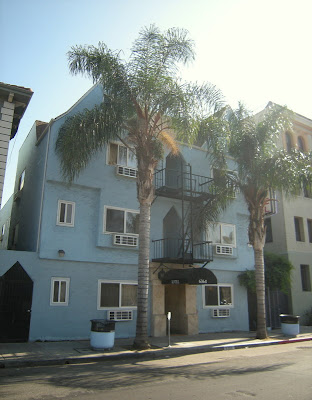 On December 6, Carl Balsiger, another new acquaintance, drove her to Camarillo, California for the day and then brought her back to Hollywood, where he dropped her off at a motel on Yucca Street. The following day, he took her by car to the bus depot. 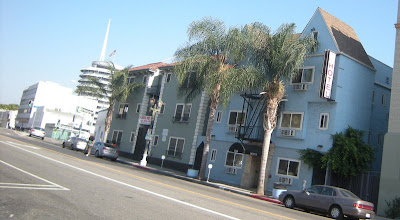 (Suspect) Carl Balsiger, in February, 1943 was stationed at Camp Cooke at the same time as Beth Short. She was employed there in the commissary. When questioned by police on January 20, 1947, he stated he first met victim at real estate office on Sunset Boulevard on December 6, 1946, that she moved out of the Chancellor Hotel that date and that he took her in his car on a business trip to Camarillo, California where he made a sale of supplies to a baker. They returned to Los Angeles the same day and then signed his name for a room for victim at a hotel on Yucca Street, Hollywood. That on December 7, he took her down to the bus station in Hollywood where she said she was going to take a bus San Francisco to see her sister. He said that he had no sexual relations with her; he just felt sorry for her. This story was not believed as the facts indicated that the victim took a bus to San Diego on December 9, 1946. It was established that this suspect on two occasions had given different women vicious beatings apparently for no good reason and that a young twenty-two year old woman by the name of Dorothy Welsh with whom he had attended a school in Kansas City was murdered in that city in 1941 in a similar manner to victim Short. The brother Claude Welsh had been tried for this murder and acquitted. It was further suspected that this suspect Balsiger had known Short at Camp Cooke and had been court-martialed and sent overseas as a result of Short who then laid claim to the personal effects and property of this suspect. This suspect left Los Angeles shortly after the murder and moved from job to job in various states. Investigation by undersigned and Sgt. Brown established apartment where he was rooming at the time of the murder in Hollywood and that he had lied when he said he had been with the victim one day and one night on December 6, 1946, and that his name did not appear in victim’s address book, but that it was on a folded piece of paper in with her personal effects which were mailed into police department on January 24, 1947. There was no hotel register on Yucca Street which contained the name of this suspect on the evening of December 6, 1946. He was finally located in St. Louis. Sgt. Brown went there where he was given a lie detector test and questioned. He admitted being with victim until December 8, 1946, but convinced Sgt. Brown that he was not the sergeant court-martialed. He was informed that Claude Welsh was in Hollywood at the time of the murder. It has not yet been established that he [Welsh] ever met the victim. It has since been ascertained that the sergeant who knew victim at Camp Cooke, against whom she testified in the court-martial was Sergeant “Chuck” (last name unknown). This information was secured from interviewing numerous friends of victim at Camp Cooke who worked in the commissary and information from officers stationed there in 1943. Thus far it has been impossible to find any record of such a court-martial proceedings. See photograph and other reports in re this suspect. 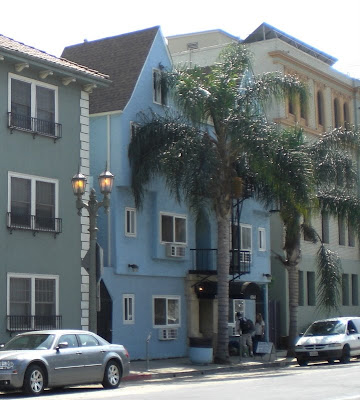 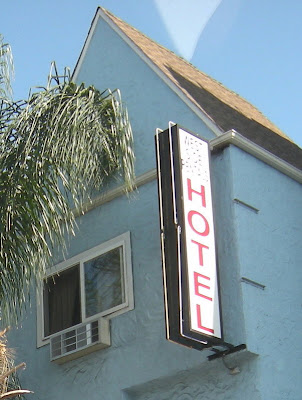 gosh - how many bad decisions can one person make and NOT wind up dead? Betty Short's accumulated actions that we know of - incomplete though they are - make me wonder how she lived as long as she did...but in no way excuses or explains the horrific nature of her demise...

Yes, absolutely! Plus, she was only here in town for a "short" while. (Excuse the pun.)

I took over as the new General manager in November 2009 and have learned about the Ghost that are suppose to haunt the hotel but this is really something, are you able to verify this as I would like to include it in are marketing,thanks.