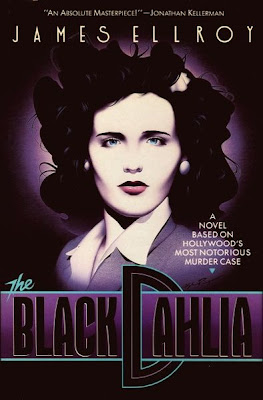 The Black Dahlia is a neo-noir crime novel by American author James Ellroy, taking inspiration from the true story of the murder of Elizabeth Short. It is widely considered to be the book that elevated Ellroy out of typical genre fiction status, and with which he started to garner critical attention as a serious writer of literature. The Black Dahlia is the first book in Ellroy's L.A. Quartet, a cycle of novels set in 1940s and 1950s Hollywood, which is portrayed as a hotbed of corruption and depravity. The Quartet continues with The Big Nowhere, L.A. Confidential, and White Jazz.

The Road to Partnership

Set during the inter-war and post World War II years in Los Angeles, Officer Dwight "Bucky" Bleichert is a former boxer and a member of the Los Angeles Police Department. The prologue segment begins during the Zoot Suit Riots of 1943 where Bleichert comes to the rescue of Officer Lee Blanchard, who is caught up in the middle of the rampage between American servicemen and Mexican zoot suit gangs. They apprehend a wanted criminal and take refuge in an abandoned home while waiting out the riot. Here they size each other up as boxers and cops. Afterwards Bleichert reflects on how Blanchard is eventually promoted to Sergeant while he continues his mundane job as a radio car patrolman in the Bunker Hill section of L.A.

In November 1946 Bucky is offered a promotion if he agrees to an inter-departmental boxing match against Lee in hopes it will help raise support for a political bond issue increasing pay for the LAPD but with a slight tax increase. After realizing that his fathers' health is failing and in need of constant care he decides to take up the offer. Bucky also meets Kay Lake, a former artist who lives with Lee, and the two form a relationship. After the fight he is transferred to Warrants Officer as a reward and partnered with Lee Blanchard. Although Bucky shows interest in Kay he doesn't proceed further due to his friendship with Lee.

On January 15, 1947 while Bucky and Lee are on a stakeout they see a commotion on the corner lot of 39th street and South Norton Avenue. There they witness the discovery of the mutilated body of aspiring actress Elizabeth Short. Dubbed "The Black Dahlia" by the press the case shocks the public and overwhelms the LAPD, hitting Lee especially hard. Meanwhile, Bucky feels that the large number of detectives and policemen on the case are adequate, and requests reassignment back to Warrants but the request is denied by Ellis Lowe, Deputy Los Angeles D.A. Acting on a hunch while canvassing for clues he meets the mysterious and alluring Madeleine Sprague, a wealthy and promiscuous socialite who resembles the Dahlia. Bucky soon makes a proposition to Madeleine who agrees to a relationship and in return Bucky suppresses a potential connection to the Dahlia. While the case rolls on, Lee, becoming more and more detached, begins to act erratically, and eventually disappears after a confrontation with their superiors and with Bucky.

While simultaneously juggling a relationship with Kay, Madeleine, and looking for Lee, Bucky works closely with Russell Millard, an immediate superior and an honest cop with a genuine heart to find the killer of Beth Short. Under pressure from Ellis Loew, Bucky is temporarily paired with veteran detective Fritz Vogel, a brutal and self-serving cop also on the case. However, Bucky intentially blows his assignment with Vogel and is retaliated against by Loew. In an act of revenge Bucky uncovers a scandal involving Fritz and some evidence he was suppressing. This results in him being sent back to the grind of foot patrolman in a dangerous section of South Central L.A. He then breaks up with Madeleine.

After the incident with Vogel Bucky sets out for Tijuana searching for Lee. Upon his return he only then marries Kay.

Two years pass, and with Bucky's detective career destroyed he transfers to S.I.D and becomes a lab technician. While working on the QT with Russ Millard he begins dwelling on the murder of Elizabeth Short after uncovering some overlooked clues and people associated with her. However, his marriage ends up in jeopardy after a suicide investigation of a wealthy businessman piques his curiosity about the Sprague family. He quickly reignites his relationship with Madeleine Sprague. He also develops a deeper obsession with Beth Short and her murder.

With his marriage to Kay in ruins, and the uncovering of more clues Bucky finally discovers who is responsible for the murder of Elizabeth Short. The novel ends with possible hope for Bucky's future with Kay.

The Black Dahlia was adapted for a film by director Brian De Palma in 2005 and released in 2006. It was, however, a critical and commercial failure, with the consensus being that it had been poorly made and acted, and at times appeared incoherent. The latter fault may have been caused by DePalma's drastic editing of the finished product, which initially ran for three hours and eventually cut down to two. 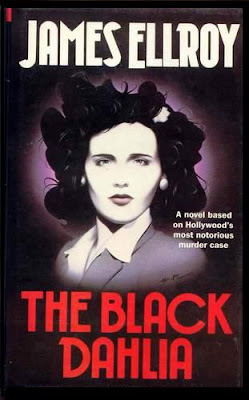