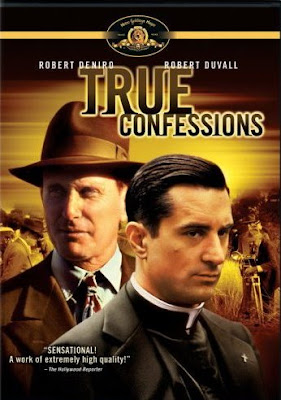 The BLACK DAHLIA in Media

Books, films, and other media

A 1975 TV movie about the case, Who Is the Black Dahlia by Robert Lenski and starring Lucie Arnaz, is a highly fictionalized version of the murder. Many details were changed because several people, including Short's mother and Red Manley, who brought Short from San Diego to Los Angeles, refused to sign releases for the studio.

Take 2 Interactive published the computer game, Black Dahlia, in 1998. The puzzle-based adventure game tied Elizabeth Short's murder to Nazis and occult rituals which the player had to investigate. The game features Dennis Hopper, whose son-in-law was one of the company's owners, and Teri Garr. It also ties the murder to the infamous Cleveland Torso Murderer, though the torso murders' case was altered to fit into the storyline.

A film by Brian De Palma, The Black Dahlia, based on the James Ellroy novel described below, stars Josh Hartnett, Aaron Eckhart, Scarlett Johansson, Hilary Swank, Rose McGowan and Mia Kirshner as Elizabeth Short, and was released in September 2006.

Selected references in other media

The Joyce Carol Oates novel Blonde, a fictional biography of Marilyn Monroe, has a recurring character named Elizabeth Short. In the book it is implied that a studio mogul raped Short, and later there is a small reference to Short being killed.

John Gregory Dunne used the murder as a point of departure in his 1977 novel True Confessions, which was made into the 1981 film of the same name starring Robert Duvall and Robert De Niro with a screenplay by Dunne and his wife, Joan Didion.

Neo-noir author James Ellroy based his 1987 book, The Black Dahlia on the crime.

William Randolph Fowler, a reporter at the scene of the crime, included the Black Dahlia case in his 1991 autobiography, Reporters: Memoirs of a Young Newspaperman.

Lynda La Plante's novel The Red Dahlia details a fictional story about a modern-day killer who is copying the Black Dahlia case.

In Jack Webb's novel, The Badge, an entire section is devoted to the case of the Black Dahlia.

The case inspired the 1953 noir film The Blue Gardenia, including a title song sung by Nat King Cole.

In the thirteenth episode of season 4 of the television series Hunter, Sgt. Rick Hunter (Fred Dryer) investigates the case of The Black Dahlia.