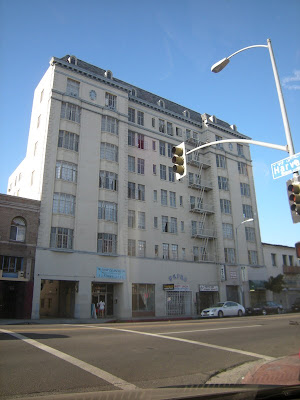 A further irony: Theatre Guide (LA Times 9/20/46) along with the street map show that inSept/Oct 1946 the film, “The Blue Dahlia” was being shown at the Hunley Theatre,5115 Hollywood Blvd., directly across the street from where Elizabeth Short was temporarily staying at the Guardian Apartments. Both of these locations werewithin two blocks of George Hodel’s private residence at 5121 Franklin Ave. 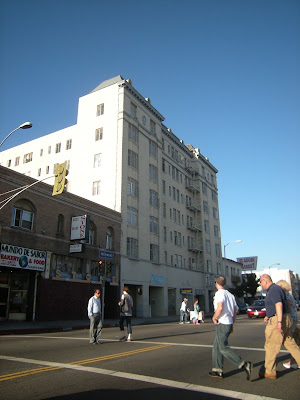 Shortly after, Beth and Marjorie and two U.S.C. students, Bill Robinson and Marvin Margolis, moved to the Guardian Arms Apartments on Hollywood Boulevard. Less than two weeks later, on October 22, Beth was on her own again. She decamped from the Guardian Arms and spent the night driving around town with Glen Kearns, an amateur photographer who worked in his fathers service station, looking, unsuccessfully, for another place to stay. The next day, Kearns left her at Mark Hansen’s home.

Room 726 at the Guardian Arms was Short’s residence from October 10 though October 22, 1946. She lived there with her friend Marjorie, and two men, Bill Robinson and Marvin Margolis. Marjorie and the two men slept in the bed while Short slept on the floor. 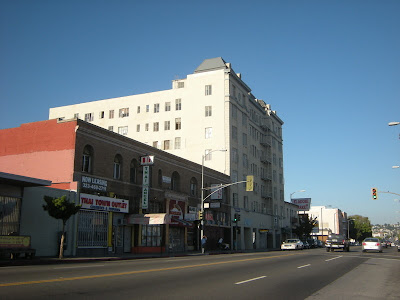 On October 10, 1946 Elizabeth and Marjorie moved into the Guardian Apartments, 5217 Hollywood Blvd. Two young men, Marvin Margolis and Bill Robinson met and permitted the girls to stay at the apartment in secret for approximately ten days. The manager of the Guardian Apts informed the two young men that the girls (Elizabeth & Majorie) would have to leave because "he did not approve of how they were conducting themselves." (His specific reason for asking them to leave is unknown.) Frequent dating of men? Late hours? Noise? Note: The Guardian Apts location is just 400 yards (a 2 minute walk) from the Franklin House (Dr. Hodel's private residence) and Elizabeth moved into Apt 726 on the very day of George Hodel's 39th birthday.)

11. Marvin Margolis, now living at 1445 West Thome Street, Chicago, Illinois, formerly at the time of the murder resided at 1442 South woods Avenue, Los Angeles. He entered U.S.C. on March 4, 1946, taking a pre-medical course, and was so engaged at the time of the murder. It has been established that he and his friend, Bill Robinson, lived in the same apartment, No. 726 at the Guardian Arms Apartments, 5217 Hollywood Boulevard from October 10 1946 to October 22, 1946 with victim Short and her friend, Marjorie Graham. Victim slept on the sofa while the suspect and Bill Robinson slept with Marjorie Graham. See supplemental report in re Veteran’s Administration file on suspect Margolis. It reveals that he came out of the medical corp of the navy diagnosed a fifty per cent mental disability, due primarily to his persistent demand and desire to be attached to the surgical unit. He was engaged in the handling of hundreds of dead bodies in the Pacific Islands, but was denied any service in the surgical units, which he so much desired. He did not come forth at the time of the murder investigation and when finally questioned, he stated that he had been residing at the St. Francis Apartments and did not mention he was living at the Guardian apartments with victim. He finally admitted living with the victim at the latter address. Bill Robinson now owns the Bowery Restaurant and beer joint, Rosecrans Boulevard, San Diego, California and he has not been questioned by undersigned