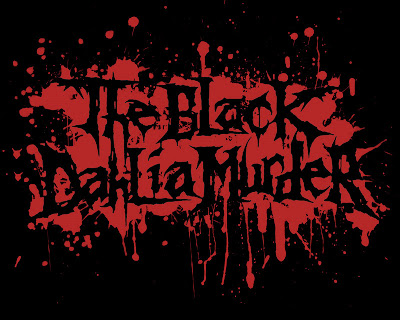 The Black Dahlia Murder is an American heavy metal band from Waterford, Michigan, formed in 2000. Their band name is derived from the unsolved murder of Elizabeth Short, often referred to as Black Dahlia.

The Black Dahlia Murder gained their final band line-up in January 2001 and released a six-track EP, What a Horrible Night to Have a Curse, and a four-track EP, A Cold-Blooded Epitaph, the latter of which the group released on its own Lovelost Records. After appearing in concerts such as the Milwaukee Metal Fest, The Black Dahlia Murder signed to Metal Blade Records in 2003.[1]

The band played in Ozzfest 2005 and also participated in the Sounds of the Underground tour in 2006, which encompasses both the United States and Canada. They also played at Wacken Open Air in 2007.

Current bassist Bart Williams left his former band, Detroit's Today I Wait, to tour with the Black Dahlia Murder. After touring with the band on their co-headlining gig with Throwdown and their European dates with Liar, he joined the group full-time, replacing former bassist David Lock. Frontman Trevor Strnad said that Lock was fired for incompetency.[2] Williams was one of two engineers (the other being Walls of Jericho's Mike Hasty) on the band's first full-length album, Unhallowed.

The band's second album Miasma peaked at #118 on the Billboard 200.[3] After touring for the Miasma record drummer Zach Gibson left the band leading to Pierre Langlois joining. Zach Gibson went on to join Abigail Williams. Recently, Pierre Langlois left the band for a more secure lifestyle, and the band has finished their search for a replacement drummer and found former All That Remains drummer, Shannon Lucas.

The Black Dahlia Murder announced on their MySpace that they were going on a U.S. tour with Cannibal Corpse to promote their new album Nocturnal and celebrate the 25 years that Metal Blade Records has been in business. They were joined by label-mates The Red Chord, Aeon, The Absence, and Goatwhore.

In January/February 2008, the band embarked on a U.S. headlining tour with 3 Inches of Blood, Hate Eternal, and Decrepit Birth, followed by another alongside Brain Drill and Animosity. They were on Hot Topic's "Summer Slaughter Tour"[5] with Kataklysm, Cryptopsy, Vader, Whitechapel, and Despised Icon.

Recently the band has announced that long time lead guitarist John K has left the band and has been replaced by Ryan Knight.

In May 2009, The Black Dahlia Murder released their first DVD, "Majesty". The DVD contains a documentary and live footage from the Summer Slaughter tour and their tour supporting Children of Bodom in late 2008. The DVD also contains all of their music videos and behind the scenes footage.[6]

On July 7, 2009, their song "What a Horrible Night to Have a Curse" was made available as downloadable content for Rock Band.

The Black Dahlia Murder headlined the 2008 Summer Slaughter Tour with Kataklysm, Vader, Cryptopsy, The Faceless, Despised Icon, Aborted, Born of Osiris, Psycroptic, and Whitechapel.[8] In late 2008, they joined a US tour with Finland's Children of Bodom and Raleigh, NC's Between the Buried and Me. They were initially announced as "...with special guests" at the start of the tour, though it has since been confirmed by Revolver Magazine that they are on tour. They appeared on the Hot Topic Stage in the 2009 Rockstar Energy Mayhem Festival. In late 2009, they will rejoin a US tour with Finland's Children of Bodom and Skeletonwitch. The band have been confirmed to headline the Bonecrusher Fest tour of Europe in Spring 2010 alongside 3 Inches of Blood, Necrophobic, Obscura, The Faceless, Carnifex and Ingested.

The Black Dahlia Murder have been stated to play within the genres of metalcore,[9] melodic death metal[10] and deathcore[11]. The band's music makes use of the death metal sound, containing elements such as blast beats and fast death metal style. According to their MySpace page, their sound is influenced by Carcass, At the Gates, Darkane, Dissection, Darkthrone, Morbid Angel, The Haunted, In Flames, Dimension Zero, Iron Maiden, Metallica, and Megadeth. Vocalist Trevor Strnad alternates between deep, throaty "death metal growls," and high pitched shrieking. When asked to describe what kind of music the band plays, vocalist Trevor Strnad commented: "I've always said that we're melodic death metal. We are mostly influenced by Swedish bands and Carcass. The heavy end of our sound is the American style creeping in, with some Floridian influences like Morbid Angel, Malevolent Creation and that kind of stuff. We've been labeled more often because of our look than our sound, which is dumb, and speaks volumes about what kind of geniuses are out there!" [12]

However, in an interview with Uranium Magazine, Strnad also stated, "Some bands that get labeled as metalcore are actually good, like Between the Buried and Me or The Red Chord...metal is what I grew up with, and then I learned about punk and hardcore. But a lot of our ethics, the way we carry ourselves, is more punk...I like that hardcore has a sense of community without the competition you see in metal."[13]