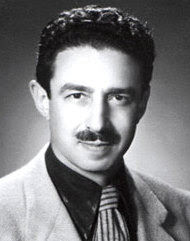 Dr. George Hodel came under police scrutiny in October 1949, when his 14-year-old daughter, Tamar, accused him of molesting her. Hodel was tried and acquitted of these charges in December 1949. The molestation case led the LAPD to include Hodel, a physician specializing in public health and sexually transmitted diseases, among its many suspects in the Dahlia case. Authorities put Hodel under surveillance from February 18 to March 27, 1950, to ascertain whether he could be implicated in the murder. In the final report to the grand jury dated February 20, 1951, Lt. Frank Jemison of the Los Angeles County district attorney's office wrote:

Doctor George Hodel, M.D. 5121 Fountain [Franklin] Avenue, at the time of this murder had a clinic at East First Street near Alameda. Lillian DeNorak [Lenorak] who lived with this doctor said he spent some time around the Biltmore Hotel and identified the photo of victim Short as a photo of one of the doctor's girl friends. Tamar Hodel, fifteen year old daughter, stated that her mother, Dorothy Hodel, has told her that her father had been out all night on a party the night of the murder and said, "They’ll never be able to prove I did that murder." Two microphones were placed in this suspect's home (see the log and recordings made over approximately three weeks time which tend to prove his innocence.[12] See statement of Dorothy Hodel,[13] former wife). Informant Lillian DeNorak [Lenorak] has been committed to the State Mental Institution at Camarillo. Joe Barrett, a roomer at the Hodel residence cooperated as an informant. A photograph of the suspect in the nude with a nude identified colored model was secured from his personal effects. Undersigned identified this model as Mattie Comfort, 3423-1/2 South Arlington, Republic 4953. She said that she was with Doctor Hodel sometime prior to the murder and that she knew nothing about his being associated with the victim. Rudolph Walthers, known to have been acquainted with victim and also with suspect Hodel, claimed he had not seen victim in the presence of Hodel and did not believe that the doctor had ever met the victim. The following acquaintances of Hodel were questioned and none were able to connect the suspect with murder: Fred Sexton, 1020 White Knoll Drive; Nita Moladero, 1617-1/2 North Normandy [Normandie]; Ellen Taylor 5121 Fountain Avenue; Finlay Thomas, 616-1/2 South Normandy [Normandie]; Mildred B. Colby, 4029 Vista Del Monte Street, Sherman Oaks, this witness was a girlfriend of Charles Smith, abortionist friend of Hodel, Turin Gilkey, 1025 North Wilcox; Irene Summerset, 1236-1/4 North Edgemont; Norman Beckett, 1025 North Wilcox; Ethel Kane, 1033 North Wilcox; Annette Chase, 1039 North Wilcox; Dorothy Royer, 1636 North Beverly Glenn. See supplemental reports, long sheets and hear recordings, all of which tend to eliminate this suspect. 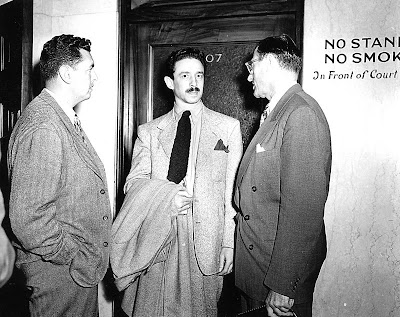 The report, from which the above excerpt was taken, was submitted at the completion of the D.A.'s investigation of George Hodel and at least 21 other suspects. Hodel was also friends with surrealist artist Man Ray and had connections to senior figures within the film and television industries, whom he socialised with during parties he held at his house. He also worked as a crime journalist as a teenager and possibly during his time at medical school. 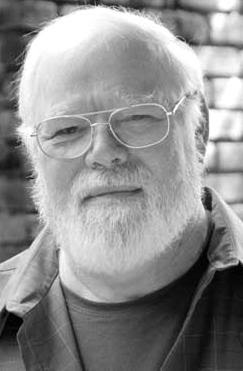 In 2003 George Hodel's son, former LAPD homicide detective Steve Hodel, published a book claiming his father, who died in 1999, had in fact committed the Black Dahlia murder as well as a host of unsolved murders over the better part of two decades. Steve Hodel says he came up with the idea when he saw two pictures in his dead father's photo album that he claims resemble Short, although Short's family insists they are not of her and many other observers have failed to see the resemblance.[2] Steve Hodel claims he was unaware at the time that his father had been a suspect in the case, although his sister Tamar was friends with Daddy Was The Black Dahlia Killer author Janice Knowlton and case documents make it clear that Steve's parents and many of their associates knew the senior Hodel was a suspect. After reviewing the information presented in Steve Hodel's book, Head Deputy D.A. Stephen Kay (the prosecutor in the Manson Family case) proclaimed the case solved, but others have noted that Kay, who has since retired, formed this conclusion by treating Steve Hodel's many disputed assertions as established fact. Detective Brian Carr, the LAPD officer currently in charge of the Black Dahlia case, said in a televised interview that he was baffled by Kay's response, adding that if he ever took a case as weak as Steve Hodel's to a prosecutor he would be "laughed out of the office." In a September 2006 television interview with Cold Case Files host Bill Kurtis, Carr added, "I don't have the time to either prove or disprove Hodel's investigation. I am too busy working on active cases." Steve Hodel has also claimed that George Hodel was responsible for the murder of Jeanne French, known as the Lipstick Murder, which occurred shortly after the murder of Elizabeth Short.

Author James Ellroy endorsed Steve Hodel's theory in the foreword to the paperback version of Hodel's book. As of November 2006, however, Ellroy refuses to discuss theories in the case and says he has no idea who the killer was and will never again talk about the Black Dahlia publicly.