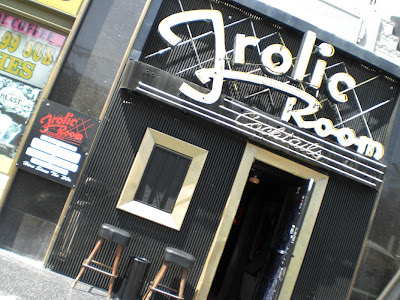 Daniel Jackson was a private investigator for Lucian C. Wheeler in the Equitable Building at Hollywood and Vine in the 1940’s. He dated a girl named Marjorie, who worked as a secretary for a theatrical agency in the Pantages Building next door.

Jackson occasionally had drinks with Chuck Morgan nearby at the Frolic Room on Hollywood Boulevard. Morgan described himself, “as an expert mechanic, particularly on racing cars,” according to Jackson. One day in November, 1946, when Daniel and Marjorie were drinking in the Frolic Room, Chuck Morgan walked in with another man and Beth Short. 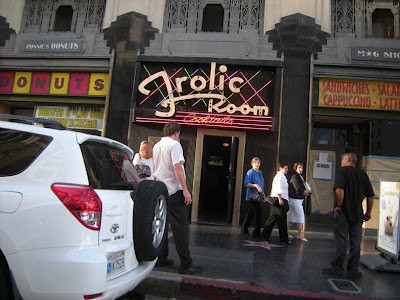 Jackson said, “I was working under cover on a studio strike taking place at that time, and I had been working day and night and keeping going by drinking whiskey and benzedrine, and anything I could do not to sleep -.”

Morgan and the others joined Jackson and Marjorie. Morgan asked them if they would like to join his party and go for a ride. Jackson said, “-having probably had too much to drink , I agreed.” They left with Morgan in his older model Ford sedan. They eventually made their way downtown. “I would say down on Los Angeles Street or San Pedro Street- someplace.” They “stopped in a dark street in lower Los Angeles. Chuck got out of the car and went away and returned in about five minutes.” Then, they headed back to Hollywood, making a few more stops. The group drove to Sunset Boulevard and went to the El Zarape, 2905 Sunset Boulevard, where Daniel and Marjorie separated and took a taxi back to the Frolic Room.

Later, after the murder, Jackson recalled the evening, but was never sure of the name of the girl that accompanied the group downtown. He described her, saying “She was a brunette, very black hair, dark hair -.”

Jackson later found out that Chuck Morgan and the man that was with them that night were arrested for armed robbery and assault, he believed. He and a friend, Tom Bickmore, also a patron of the Frolic Room, went to visit Morgan in jail.

I think as I remember, our conversation with Morgan, that he had been arrested several days or - I don’t remember how much time between his arrest and the murder. After the murder took place and the pictures were in the paper- the pictures of this girl looked like the girl that was with Chuck Morgan very much, and that evening that Morgan was with this girl he told me that he and this other fellow had either met her in San Diego or picked her up in San Diego and brought her to Los Angeles, and as I remember she was supposed to have been working in a burlesque house n San Diego, and there was some reference to San Diego in the newspapers following the murder, which also made me think of this girl. So, in a conversation with a friend of mine- Tom Bickmore, who was a police reporter for the Los Angeles Examiner, I mentioned this incident to him and he said that Chuck was in the County Jail, which was the first I knew where Chuck was, and Tom said, “Let’s go up and talk to Chuck,” so using his credentials as a reporter, Tom and I went to the attorney’s room in the County Jail and talked to Chuck Morgan.

When Jackson and Bickmore asked Morgan if the girl he brought into the Frolic Room that night was Beth Short, Morgan replied, “Yes, it was,” according to Jackson. They also said she, “was a user of mariuana and frequented places that degenerates frequented,” Jackson remembered.

Investigators told Jackson, ” We do know it to be a fact that Beth Short was in that cocktail bar and around that locality numerous times just before her murder.” 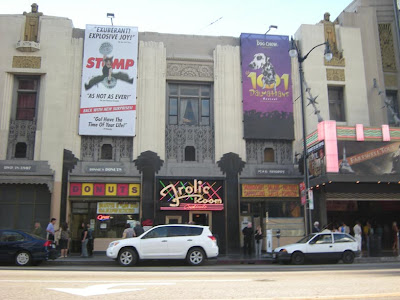