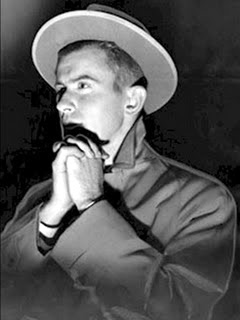 The last person seen with Elizabeth Short before her disappearance, Manley was the LAPD's top suspect in the first few days after killing. After two polygraph tests and a sworn alibi, Manley was set free. 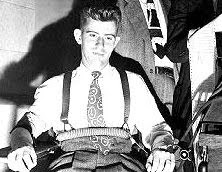 He also identified Short's handbag purse and one of her shoes after they were discovered in a trashcan on January 25, 1947, several miles from the murder scene. 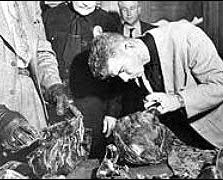 Manley, who had been discharged from the army due to mental disability, subsequently suffered a series of nervous breakdowns and claimed to be hearing voices. As a result, he was committed to Patton State Hospital by his wife in 1954. He died on January 9, 1986. 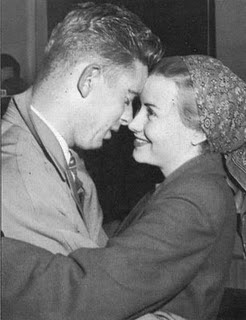 Robert “Red” Manley was a tall, good looking, 25 year old traveling salesman from South Gate with a beautiful wife and a young son at home. He had driven his Studebaker to San Diego and visited his accounts.

He met Elizabeth Short on a street corner. She rebuffed him at first, he said, but she agreed to let him drive her home to Frenches. They went out that evening for dinner. He contacted her again on January 7 and they agreed to meet.

Red told authorities, “She asked me to drive her to Los Angeles. I told her I had to make some business calls. But she put her baggage in my car and said she would take a bus that night.” He took her out for drinks that evening and later got a motel room for the night.

A newspaper reported days after the murder that Manley said of Beth, “She had bad scratches on both her arms above the elbows on the outside. She told me she had a boyfriend who was intensely jealous of her.” He said he was “an Italian with black hair,” and that he lived in San Diego.

Red eventually did drive her. The Los Angeles Times said, “Both Miss Short and her companion were in a ‘jolly mood,’ joking as the companion loaded the valises into the automobile.” Red dropped her off at the Biltmore Hotel in downtown Los Angeles on January 9 under the assumption that she was to see her sister, Virginia West, at the hotel. He waited briefly, and at about 6:30 pm, he drove off to resume his life. 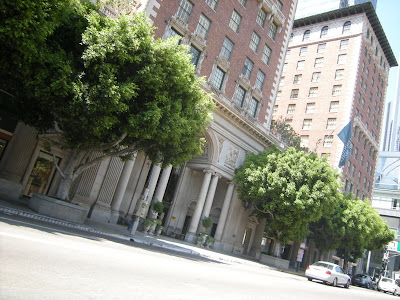 From the beginning, Beth told Red that she would be meeting her sister, Mrs. Adrian West from Berkeley, at the Biltmore, but when they reached Los Angeles, she wanted to check her luggage at the Greyhound bus station first. When they arrived, she told Red he could leave her there. 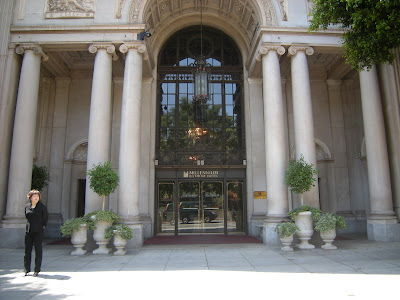 He dropped her off at the Biltmore, and she used the restroom while he checked at the desk for her sister. There was no record a Mrs. Adrian West, so Red left soon after and never saw Beth Short again.

As late as 1954, when Red was 32 and a patient at the Veteran's Administration Hospital in Brentwood, California, he was still being asked by authorities to submit to testing. Newspapers reported that he suffered from "paranoid schizophrenic" disorders while he was in the facility. Captain James Hamilton, of the Police Intelligence Division of the LAPD, said Manley volunteered to take a truth serum, which substantiated his claims of innocence in the Black Dahlia murder. For Red, it must have seemed the interrogations would never end. 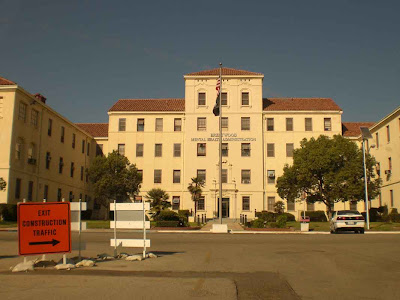