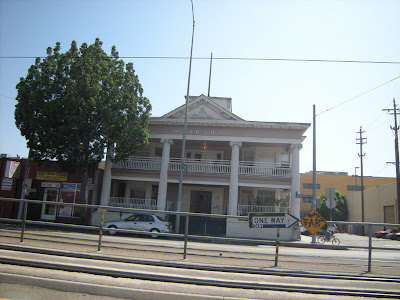 "I/Ed killed and bisected the Dahlia in a hotel at 300 East Washington." 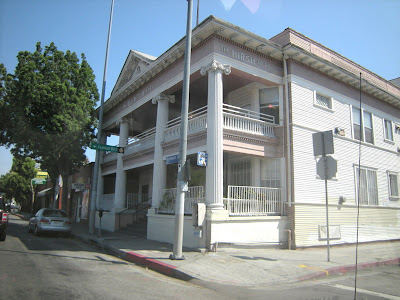 The Dahlia had a date almost every night. Her norm was seven different hombres a week. Non-achievers ran rife; a part-owner of the Florentine Gardens nightclub said most Dahlia dates he knew of were bums he wouldn't allow in his house.

In October the Dahlia met a non-bummer. He boasted USC Medical School credits. He hosted psyche-scar-school debits. His rabbity mug had been a razz magnet. His name was Ed Burns. Ed was an LA Basin gent, but a rara avis amid the barfly Dahlia's run-of-the-watering-hole Basin men. He was a cut above Filmtown flimflammers the Dahlia had tarried with. He'd entered the Dahlia whirl as an anomaly And a Telltale latency timer ticked on . . . 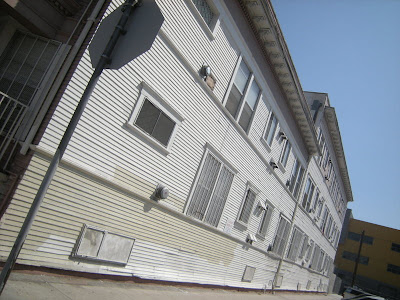 The Dahlia was Ed's fairest-of-the-fair dream girl. She didn't jape him about his goofy grin. She made him remember he was a guy and forget he was a rabbit. Ed was her cash-and-car man. He made her forget she was a fly and remember she was a fox. Two times in November, they went to places like Ocean Park and the Long Beach Pike, and spent a night together in a cheap hotel on Washington Boulevard in LA. Both moming-afters, Burns gave the Dahlia cash for necessities and chauffeured her back to Cinemaville.

Mysterious "Maurice" was the Dahlia's main man when she lived in Chancellor Apartments, her final Hollywood abode. The Dahlia was the only one at the place who was hip to Maurice. The others knew him only by phone calls he'd made to the Dahlia. Maurice was Ed Burns. Ed would motor the Dahlia away from the apartments on her adios-to-Oscartown departure. 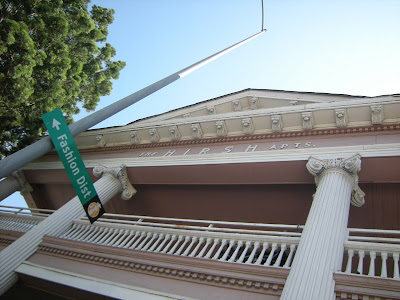 December 5, 1947: The eve before the Dahlia would leave the Chancellor, Burns gave her cash to pay overdue rent. The next morning, he put her up in their hotel on Washington. She had no other place to stay, and no money. She had led Ed to believe she would move in with him. But . . .

Ed was giving her the creeps. He was too lovey-dovey. He made a big deal of those photo-booth shots. He was too infatuated with her. She was torn between losing Ed and using Ed. He phoned every day. She always needed help. A sticky wicket. But one long day in the hotel room settled it. She had to lose Ed Burns. She couldn't move in with him. OK. How to get out of it this time? She decided to sleep on it.

She hit him with it early the next morning. She was going to San Diego. She could get a job in the Balboa Naval Hospital.

The rabbit had been sucker punched. His fair lady was bugging out on him. She'd made him feel like a he-man. Now he felt like a golem. What could lovelorn Ed do? He helped Jilter get her stuff together, took her to the downtown-LA Greyhound Bus Depot, bought her a ticket and put her on a San Diego-bound bus. See ya . . .

The Dahlia usually got cash after a stay in the hotel, but she hadn't had the gall to ask for it this time. 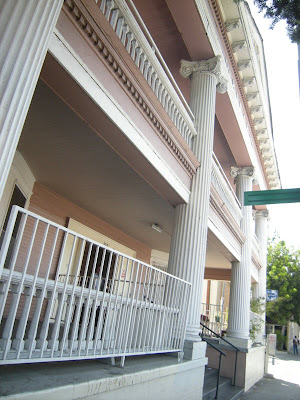 January 8, 1947: The Dahlia made a telephone call to LA. She told Ed Burns she was returning to LA and was in need of his help.

Ed was surprised by this call. He hadn't heard from the Dahlia since they'd bade sayonaras, at the depot.

The Dahlia and Ed checked into the hotel on Washington on the night of the 9th: the operators would snitch on them. The Dahlia murder became a certainty that wintery night. Ed was angry about the San Diego juke, which had been heralded in their hotel. When the Dahlia tried to sweet-talk Burns for Chicago train-trip fare, she was a goner-to-be. Sick-puppy Burns saw her Degnan obsession as heroization of William Heirens. And now she would jilt him and at the same time sponge off him to return to his nemesis' base of dismemberment operations? Over her dead body.

The Dahlia's living-in-LA dad Cleo was questioned; he was of no help. The Dahlia's luggage was found in a Greyhound-depot locker. It contained many love letters and photos; it provided lead-nowhere leads. It contained much no-help stuff. But one did-help item was found in her luggage: a strip of photos which showed Ed Burns' grinning mug beside the Dahlia's "What am I doing here?" countenance. 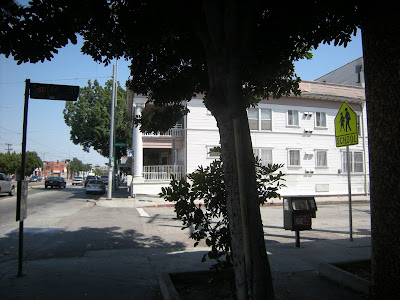 Washington Boulevard hoteliers surfaced and told what they knew; they said that Ed Burns and the Dahlia had stayed in their hotel many times; LAPD stayed mum about this info. LAPD conducted an extensive house-to-house hunt for murder clues. The Dahlia's purse and shoes allegedly showed up in an LA dump.

Burns mailed his first message. LAPD didn't seem to "get it." LAPD got Confessing Sams. Ed sent his second message. Nobody seemed to get it. Kooks sent a barrage of nutty notes to LA newspapers. Ed sent his third message. LAPD didn't seem to get it. Some crime writers offered their theories on the Black Dahlia case. They definitely didn't get it. A loony confessor made big-print headlines; but he couldn't make it with the inside details; only Ed Burns could've done that. But Ed couldn't make it without "her." So, exactly two months after he'd murdered the Dahlia, Ed went to their special place and suicided.

That was the clandestine conclusion of the 1947 Black Dahlia story. LAPD "knew" that Ed Burns was their Dahlia-killer man. But LAPD would not be able to close the Dahlia case and the public would never come close to fathoming what the Dahlia murder was all about 'til very early in the 21st century. 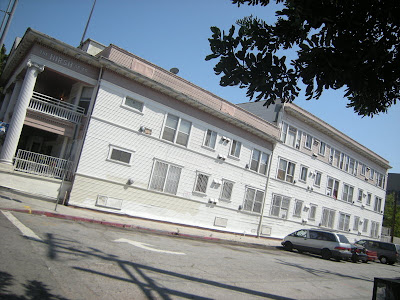 Hey, I love this blog. Thanks for giving out so much great information all for free. I've bookmarked the site and I'll
be coming back to read some more for sure. Thanks again. check out downtown san diego condos for more information!

This blog is really good. It includes lot of interesting information related to apartments and their facilities involved in it.
miami beach apartments

Find your next home from our 1-bedroom, 2-bedroom Apartments For Lease in Vancouver, WA. Pet-friendly rental units
with modern comfortable amenities. Apply at TheUptownApartments Now!

I lived here and all my aunts uncles since I was born...come check it out.👿👿👿

I lived here and all my aunts uncles since I was born...come check it out.👿👿👿