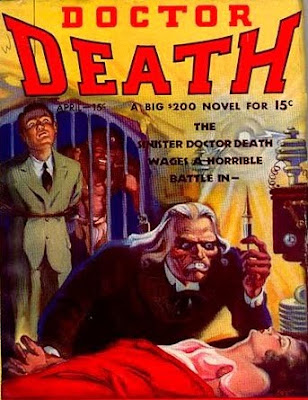 Dr. Walter Alonzo Bayley was a Los Angeles surgeon who lived in a house one block south of the vacant lot in which Elizabeth Short's body was found, until he left his wife in October 1946. At the time of the murder, Bayley's estranged wife still lived in the home. Bayley's daughter was a friend of Elizabeth Short's sister Virginia and brother-in-law Adrian, and had been the matron of honor at their wedding. When Bayley died in January 1948, his autopsy showed that he was suffering from degenerative brain disease. After his death, Bayley's widow alleged that his mistress knew a "terrible secret" about Bayley and claimed this was the reason the mistress was the main beneficiary upon his death. Bayley was never a suspect in the case, but many medical doctors and others with medical training were. In secret testimony, Detective Harry Hansen, one of the original investigators, told the 1949 Los Angeles County grand jury that in his opinion, the killer was a "top medical man" and "a fine surgeon." Bayley was 67 years old at the time of the murder, had no known history of violence or criminal activity of any kind, and is not known to have met Short, even though his daughter was friends with Short's oldest sister.

When Larry Harnisch, a copy editor and writer for the Los Angeles Times, began studying the case in 1996, he eventually concluded that Bayley could be Elizabeth Short's killer. Although critics of Harnisch's theory question whether Bayley's mental and physical condition at the time of the murder would have been consistent with the commission of this type of crime, the original investigators' theory that the body was cut in half because the killer wasn't strong enough to move it intact partially answers this objection. Harnisch theorizes that Bayley’s neurological deterioration contributed to his alleged violence against Short. Some have suggested that the secret that Bayley’s mistress was blackmailing him with was that he had performed abortions, then a crime. However, there is no evidence that Bayley performed abortions or associated with anyone involved in performing abortions. Author James Ellroy endorsed Harnisch's theory in the 2001 film James Ellroy's Feast of Death.

Thanks to Lots of Pulp for the poster.