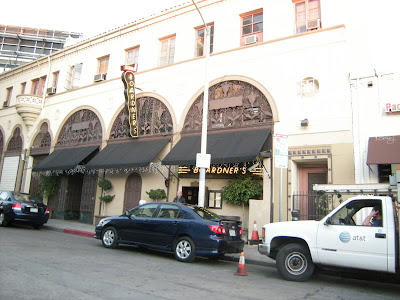 Elizabeth Short, also known as the Black Dahlia, lived at 1842 North Cherokee Avenue in Hollywood in 1946. She frequented Bradley’s 5 and 10, a bar at the corner of Cherokee and Hollywood Boulevard, half a block from Musso’s. She was also seen at Steve Boardner’s, another bar, just south of the Boulevard on Cherokee. The staff at Musso’s do not claim that she dined there, but some will say, “she must have.” After all, she lived a block and a half away. She could look out her fifth floor corner apartment and see Musso’s rear entrance. And, she was reportedly a fixture on Hollywood Boulevard before she was murdered in January, 1947. 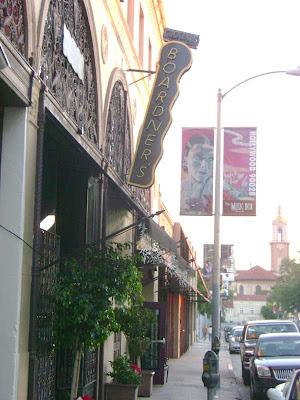 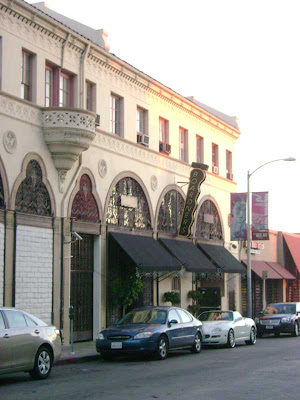 By late 1942, wartime rationing and the militarization of industry had caused many consumer goods to virtually vanish; even the color green disappeared from liquor-bottle labels and cigarette packs, since their aniline dyes were required to produce olive-drab pigments for the military. When the owner of the downstairs bar at the Crossroads of the World offered to swap his ABC license for Steve Boardner's '41 Pontiac, Boardner jumped at the offer. His Crossroads in the Crossroads, as the bar was known, immediately caught on, and in no time he made his money back and got another car, which he freely loaned to soldiers on leave. (Boardner himself didn't serve, because he had a bartender's flat feet.)

Part of the Crossroads' success came from its busy Sunset Boulevard location. It didn't hurt that the bar was downstairs from the ever-thirsty Screen Actors Guild, and the place was even popular with the clergy next door at Blessed Sacrament Roman Catholic Church -- one Father McCoy (Scotch and water, as Boardner remembers him drinking) was a regular customer who would later baptize Boardner's son. But another factor was the enormous good will Steve Boardner had cultivated in the dozen years he had served Hollywood its liquor. Still, he couldn't get a lease out of the Crossroads landlord, and in January 1944 he decamped to take possession of Club 52, located two blocks north.

The Boardner's of today looks basically the same as it did after Steve first reconfigured 1652 Cherokee. He took out the hat-check room and moved the bar into its place. The front entrance narrowed and lost its street windows; banquettes with telephones were installed, a kitchen built, the ceiling lowered and a "penthouse" constructed around the old orchestra platform. This penthouse served as Boardner's office, command post and home away from home. It was the scene of many all-night card games, and it was where his friend the car-painting magnate Earl Scheib and his entourage would come after carousing at meetings of the Vikings of Scandia at the Sunset Strip restaurant.

Boardner became a pillar of the community, marrying and remarrying, and joining the benevolent clubs men joined in those days: Masquers, Saints and Sinners, Sand and Sea, and the Hot Stove League. By the 1960s he appears as a Zelig-like figure in black-and-white photographs, standing next to Nick Adams or Pat O'Brien here, or holding a silver-plated spade with Walter O'Malley there, at the Dodger Stadium groundbreaking at Chavez Ravine.

It was a 20-year golden age for Steve Boardner and his cocktail lounge, a time when former Tommy Dorsey singer Jack Leonard (Scotch and water) would regularly drop in, as would Errol Flynn (beer), and members of Xavier Cugat's band after playing at their boss' club. Another big presence was Boardner's longtime friend, the singer and bandleader Phil Harris (coffee and anisette), whose routine was to say goodbye to his wife, Alice Faye, after the two dined at Musso & Frank, then head over to Boardner's for a rendezvous with his mistress. East L.A.'s lightweight contender, Art Aragon (Heineken), would visit, and so would George Gobel (Scotch). Even that quintessential California eccentric, Death Valley Scotty, put in an appearance. One day in 1946, regulars W.C. Fields and Wallace Beery were seated in a booth and ordered Coca-Colas. "Coke?" Steve joked. "Why, that stuff'll kill you." Within the year Fields would be dead.

Death became another customer the following year -- Elizabeth Short (beer), later known as the Black Dahlia. "She'd always have two or three sailors hanging off her arm," Boardner remembers. "She'd come over here from Bradley's Five & Ten, which sold short beers for a nickel, longs for a dime -- and shots of bourbon for 15 cents." (Contrary to local urban legend, however, Boardner's was not her last call before immortality.) 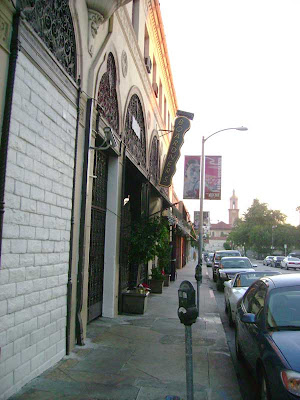