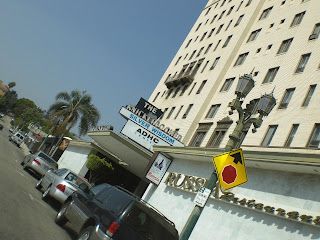 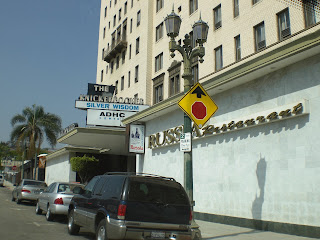 Frawley's final performance on-screen was in October 1965, making a cameo appearance in Lucille Ball's second television sitcom The Lucy Show with Lucy saying "He reminds me of someone I used to know."

On March 3, 1966, Frawley collapsed of a heart attack while walking down Hollywood Boulevard after seeing a movie. He was dragged to the nearby Knickerbocker Hotel, where he had previously lived for many years, by his male nurse — a constant companion since his prostate cancer operation more than a year before. He was then rushed to the nearby Hollywood Receiving Hospital (now the Hollywood LAPD Precinct) on Wilcox Ave, where he was pronounced dead. 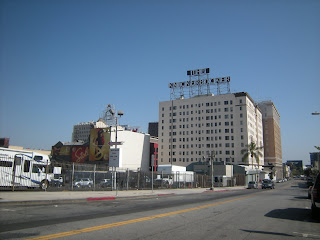 Shortly following his death, Desi Arnaz paid for a full-page ad in the Hollywood Reporter. It had a picture of Frawley, surrounded in black, the dates of his birth and death, and the caption, "Buenas Noches, Amigo!" ("Good Night, Friend!").

Lucille Ball issued the statement: "I've lost one of my dearest friends and show business has lost one of the greatest character actors of all time. Those of us who knew him and loved him will miss him."

Vivian Vance's reaction was reported as shouting out "Champagne for everyone!"

He is buried in the San Fernando Mission Cemetery in Mission Hills, Los Angeles, California.
For his achievements in the field of motion pictures, Frawley was awarded a star on the Hollywood Walk of Fame at 6322 Hollywood Blvd.

Frawley is memorialized in the Lucille Ball-Desi Arnaz Center in Jamestown, New York, which also contains his "Froggie" costume from an episode of I Love Lucy. 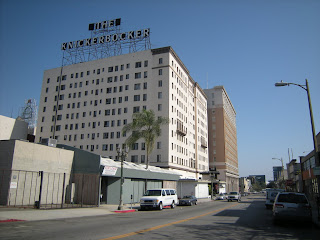 Of course, I've heard the stories about Vivian Vance loathing Frawley - but one wonders why so MUCH loathing that she would actually gloat when he died? She seems to have been a very nice person - anyway, she got along with Lucy for many many years, which tells you something, if you knew Lucy...so she must have had a pretty good reason...or reasons to hate Frawley. But she hated him until the day she died, and the stories she told explaining it just don't seem to add up to that kind of viciousness...so, I still wonder. A very nice blog you have here, btw - I've been enjoying it ever since I added it to my Facebook page. I read whatever you post - and that's saying quite a bit ; )

Thanks for your comments. I agree. Her enthusiasm was a bit extreme. I remember when Frawley left MY THREE SONS for health reasons. He died not long after.