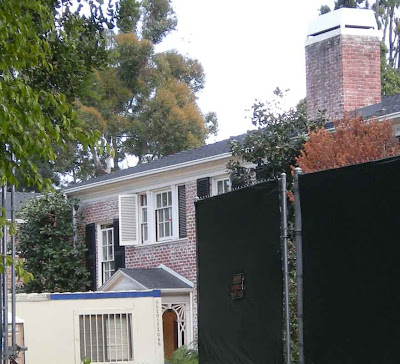 Bogie grew up a rich kid. His Manhattan surgeon father and society mother wanted him to study medicine at Yale. Bogie attended the prep schools, but when time came for Yale, he enlisted in the Navy. Bogie always explained his lisp as a result of a war wound. Apparently, a bomb hit the ship and blew splinters into his upper lip. When Bogie finished with the military, he came back to New York and went into show business. Thanks to his family, he didn't need to worry about paying the rent. He started acting. Eventually, he became type cast as the "Tennis Anyone" young man who enters a society drawing room dressed in sports clothes and carrying a tennis raquet. Finally, he played killer Duke Mantee in THE PETRIFIED FOREST. The rest is history. His father and mother should be proud their rebellious kid died in his own Holmby Hills mansion. 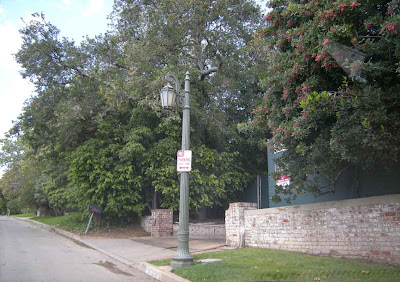 Bogart and Bacall moved into a $160,000 white brick mansion in an exclusive neighborhood in Holmby Hills.The marriage proved to be a happy one, though there were the normal tensions due to their differences. He was a homebody and she liked nightlife. He loved the sea; it made her sick. Bacall allowed Bogart lots of weekend time on his boat as she got seasick. Bogart's drinking sometimes inflamed tensions.

Bogart, a heavy smoker and drinker, contracted cancer of the esophagus. He almost never spoke of his failing health and refused to see a doctor until January 1956. A diagnosis was made several weeks later and by then removal of his esophagus, two lymph nodes and a rib on March 1, 1956 was too late to halt the disease, even with chemotherapy. He underwent corrective surgery in November 1956 after the cancer had spread.

Katharine Hepburn and Spencer Tracy came to see him. Frank Sinatra was also a frequent visitor. Bogart was too weak to walk up and down stairs. He valiantly fought the pain and tried to joke about his immobility: "Put me in the dumbwaiter and I'll ride down to the first floor in style." Hepburn, in an interview, described the last time she and Spencer Tracy saw Bogart (the night before he died):

Spence patted him on the shoulder and said, "Goodnight, Bogie." Bogie turned his eyes to Spence very quietly and with a sweet smile covered Spence's hand with his own and said, "Goodbye, Spence." Spence's heart stood still. He understood.

Bogart had just turned 57 and weighed 80 pounds (36 kg) when he died on January 14, 1957 after falling into a coma. He died at 2:25 a.m. at his home at 232 Mapleton Drive in Holmby Hills, California. His simple funeral was held at All Saints Episcopal Church with musical selections played from Bogart's favorite composers, Johann Sebastian Bach and Claude Debussy. It was attended by some of Hollywood's biggest stars including: Katharine Hepburn, Spencer Tracy, David Niven, Ronald Reagan, James Mason, Danny Kaye, Joan Fontaine, Marlene Dietrich, Errol Flynn, Gregory Peck, and Gary Cooper, as well as Billy Wilder and Jack Warner. Bacall had asked Spencer Tracy to give the eulogy, but Tracy was too upset, so John Huston gave the eulogy instead, and reminded the gathered mourners that while Bogart's life had ended far too soon, it had been a rich one.

Himself, he never took too seriously—his work most seriously. He regarded the somewhat gaudy figure of Bogart, the star, with an amused cynicism; Bogart, the actor, he held in deep respect…In each of the fountains at Versailles there is a pike which keeps all the carp active; otherwise they would grow overfat and die. Bogie took rare delight in performing a similar duty in the fountains of Hollywood. Yet his victims seldom bore him any malice, and when they did, not for long. His shafts were fashioned only to stick into the outer layer of complacency, and not to penetrate through to the regions of the spirit where real injuries are done...He is quite irreplaceable. There will never be another like him.

He was one of the biggest guys I've ever met. He walked straight down the center of the road. No maybes. Yes or no. He liked to drink. He drank. He liked to sail a boat. He sailed a boat. He was an actor. He was happy and proud to be an actor. He'd say to me, "Are you comfortable? Everything okay?" He was looking out for me.

His cremated remains are interred in Forest Lawn Memorial Park Cemetery, Glendale, California. Buried with him is a small gold whistle, which he had given to his future wife, Lauren Bacall, before they married. In reference to their first movie together, it was inscribed: "If you want anything, just whistle."

Humphrey Bogart's hand and foot prints are immortalized in the forecourt of Grauman's Chinese Theater and he has a star on the Hollywood Walk of Fame at 6322 Hollywood Boulevard in Hollywood. 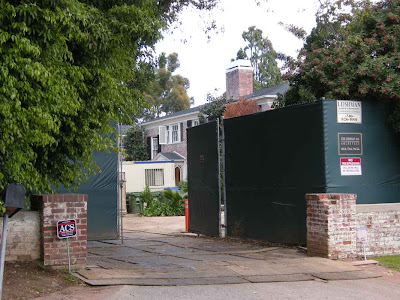