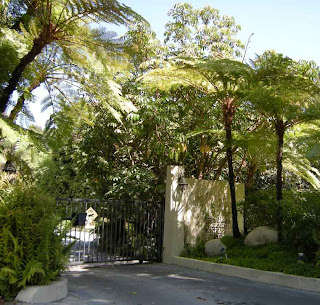 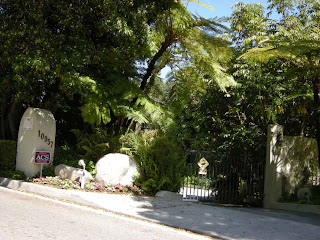 Hitchcock died from kidney failure in his Bel Air, Los Angeles, California home at the age of 80. His wife Alma Reville, and their daughter, Patricia Hitchcock O'Connell, both survived him. His funeral service was held at Good Shepherd Catholic Church in Beverly Hills. Hitchcock's body was cremated and his ashes were scattered over the Pacific. -- wiki 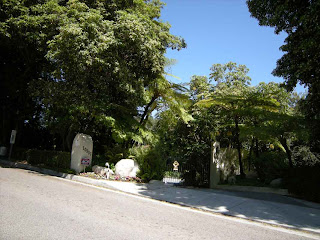 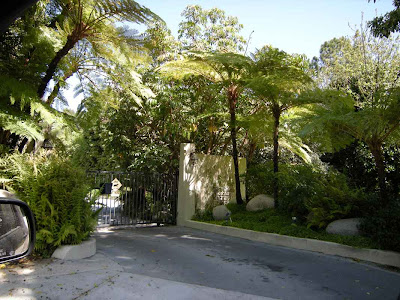 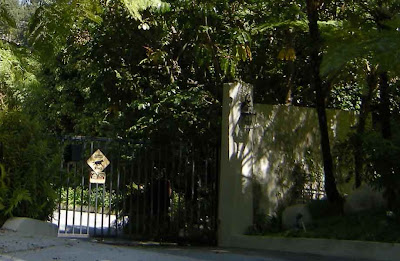 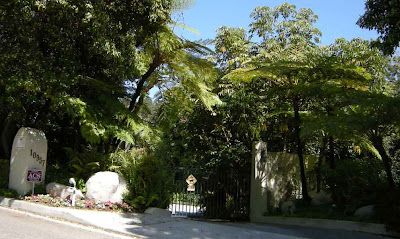 I was a friend of Joni Mitchell and stayed at her house in Bel Air when she went on the road with her band L.A. Express. Alfred's house was on the way to her house. I saw him a couple of times coming into his driveway in a limo that was dark green in color. He was coming from Universal Studios where I worked on Kojak, Alias Smith and Jones and Emergency. It was really exciting to see him in person. I loved his movies as a child and was raised in Los Gatos, Calif. below Scott's Valley. He lives in my heart still.
Brandy