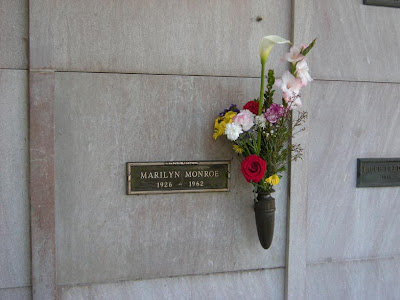 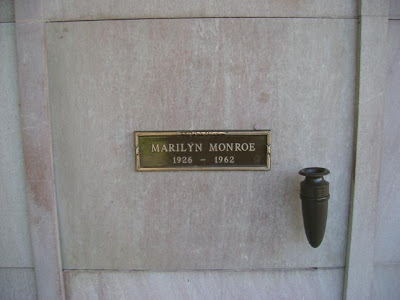 On August 5, 1962, LAPD police sergeant Jack Clemmons received a call at 4:25 a.m. from Dr. Ralph Greenson, Monroe's psychiatrist, proclaiming that Monroe was dead at her home in Brentwood, Los Angeles, California. At the subsequent autopsy, eight milligram percent of Chloral Hydrate and 4.5 milligram percent of Nembutal were found in her system, and Dr. Thomas Noguchi of the Los Angeles County Coroners office recorded cause of death as "acute barbiturate poisoning," resulting from a "probable suicide". Many theories, including murder, circulated about the circumstances of her death and the timeline after the body was found. Some conspiracy theories involved John and Robert Kennedy, while other theories suggested CIA or Mafia complicity.

On August 8, 1962, Monroe was interred in a crypt at Corridor of Memories #24, at the Westwood Village Memorial Park Cemetery in Westwood, Los Angeles. Lee Strasberg delivered the eulogy. The crypt space immediately to the left of Monroe's was bought and reserved by Hugh Hefner in 1992.

In August 2009, the crypt space directly above that of Monroe was placed for auction on eBay. Elsie Poncher plans to exhume her husband and move him to an adjacent plot. She advertised the crypt, hoping "to make enough money to pay off the $1.6m mortgage" on her Beverly Hills mansion. It sold for $4.6 million. 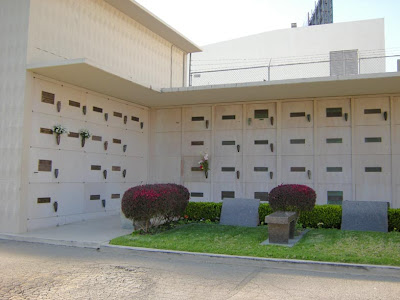 Driving through the Wilshire/Westwood Blvd. intersection you don't get any sensation that she is buried just 100 feet away.