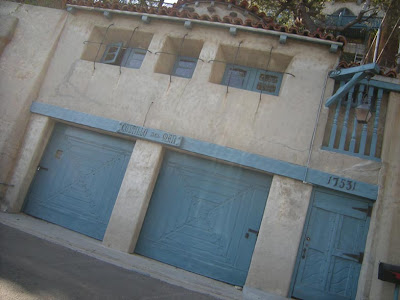 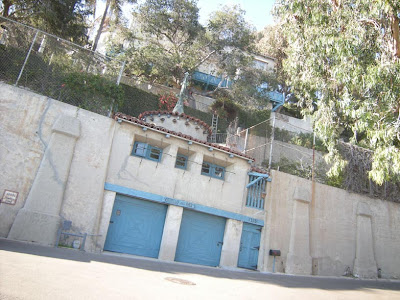 Thelma Todd was an American actress of the late 1920s and early 1930s film. Appearing in over 40 pictures between 1926 and 1935, she is best remembered for her comedic roles in films like Marx Brothers' Monkey Business and Horse Feathers, a number of Charley Chase's short comedies, and co-starring with Buster Keaton and Jimmy Durante in Speak Easily. She also had roles in several Laurel and Hardy films, the last of which (The Bohemian Girl) featured her in a part that was truncated by her death.

On the morning of December 16, 1935, Thelma Todd was found dead in her car inside the garage of Jewel Carmen, a former actress and former wife of Todd's business partner Roland West. Carmen's house was approximately a block from the topmost side of Todd's restaurant. Her death was determined to have been caused by carbon monoxide poisoning. Todd had a wide circle of friends and associates as well as a busy social life. Police investigations revealed that she had spent the last night of her life at a party at the Trocadero, a popular Hollywood restaurant, hosted by entertainer Stanley Lupino and his daughter, actress Ida Lupino. At the restaurant, she had had a brief but unpleasant exchange with her ex-husband, Pat DeCicco. However, her friends stated that she was in good spirits and were aware of nothing unusual in her life that could suggest a reason for committing suicide.

The detectives of the LAPD concluded early that her death was accidental, the result of Todd's either warming the car to drive it or to use the heater to keep herself warm. While they never wavered from their view, other theories emerged during several weeks of investigations.

One theory was that her on-again/off-again boyfriend, director Roland West—known to have been very possessive of her—had grown frustrated by Todd's flightiness and, to keep her from leaving her premises to attend another party, had locked her in the garage. According to this theory, her resulting death was accidental.

A second theory was that Todd had turned on the motor of the car in order to keep warm and had fallen asleep. Roland West had closed the door to the garage without realizing Todd was inside, and she had died as a result (However, West denied going down the road to Jewel Carmen's home).

A third theory postulates she was murdered by New York gangster Lucky Luciano because of her refusal to allow him to involve her club with illegal gambling, as well as her refusal to participate in Luciano's group sex orgies. Like the Roland West story, the Lucky Luciano story was in Kenneth Anger's frequently fallacious book Hollywood Babylon. Later it was alleged to be "the true story" in Andy Edmonds' book Hot Toddy, which was later adapted into the TV movie White Hot: The Mysterious Murder of Thelma Todd. It has become the most celebrated of all theories despite the fact that there is no record of Luciano ever visiting Los Angeles, much less having an affair with Todd, or (as in Hot Toddy) publicly threatening her at the Brown Derby.

A fourth theory was that she was murdered by her ex-husband, Pat DiCicco, who was involved in bootlegging and prostitution and had a history of violence against women. Gloria Vanderbilt, who was later married to DiCicco, mentioned allegations that he had murdered Todd in her autobiography, Black Knight, White Knight (DiCicco was the "Black Knight" of the title).

The Los Angeles DA's department and a Grand Jury were unable to establish the true circumstances surrounding Todd's death. The conjecture that surrounded it at the time, which has never been resolved, is an early example of what would become known as a conspiracy theory, with rumors and suppositions accepted as fact and widely divergent opinions given credence. The fact that her body was cremated caused theorists to conjecture that this had been done to destroy evidence and to prevent a second autopsy. By this time authorities claimed to be satisfied with her official cause of death.

Todd's death certificate states her cause of death as accidental carbon monoxide poisoning. She was cremated and, after her mother's death, her remains were placed in her mother's casket and buried in Bellevue Cemetery in her hometown of Lawrence, Massachusetts. 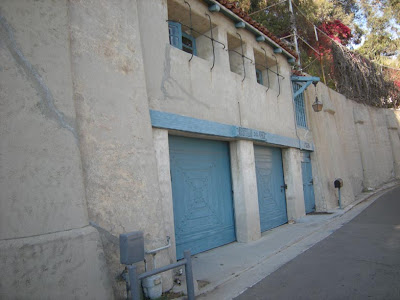 A segment of the History Channel series History's Mysteries reported that Roland West actually confessed to the crime, in the manner stated in the first theory stated above, i.e. that he was trying to keep her from going to the next party. Although no legal action was taken against him, allegedly due to Hollywood's elite closing ranks, West supposedly never worked again in Hollywood. Actually, West had forsworn making movies after the failure of his independently-made gangster movie Corsair, which starred Todd under an assumed name. By her death in 1935, he had been out of the business for three years. It wasn't until 1951 that West made his confession (to actor Chester Morris).

For her contribution the the motion picture industry, Thelma Todd has a star on the Hollywood Walk of Fame at 6262 Hollywood Blvd. 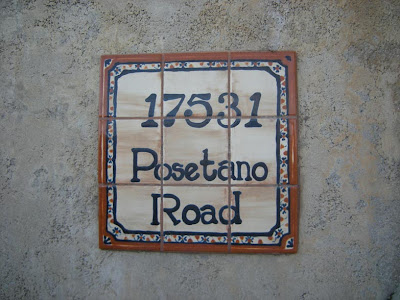