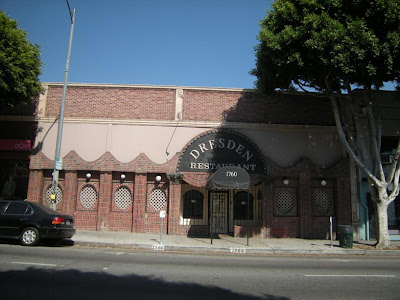 The Dresden room is a popular (classic) bar and club in the Los Feliz neighborhood, located at 1760 N. Vermont Ave. Marty & Elayne, who are performing in the Dresden scene in the movie, perform at the Dresden in real life several nights a week. 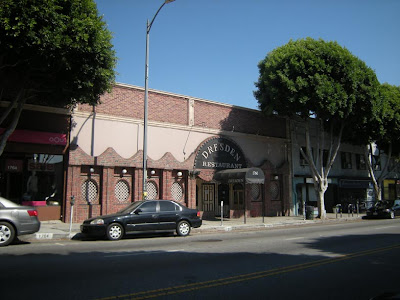 Swingers is a film released in 1996 about the lives of single, unemployed actors living on the 'eastside' of Hollywood, California during the 1990s swing revival. Written by Jon Favreau and directed by Doug Liman, the movie starred Favreau and Vince Vaughn, and also featured performances by Ron Livingston and Heather Graham.

The characters in the film clearly idolize the swinging lifestyle of Frank Sinatra and the Rat Pack; in fact the number and makeup of the group of friends are an homage to the original group. 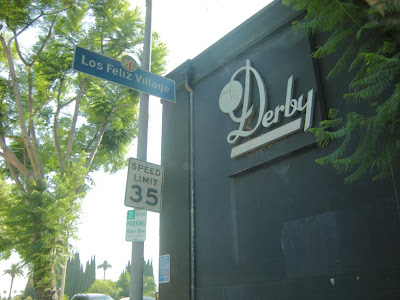 The bar where the characters dance is The Derby in Los Feliz, on the corner of Hillhurst and Los Feliz Blvd. In January 2009, the nightclub closed its doors. 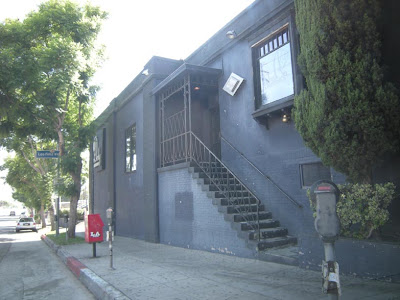 Your blog is great! I love finding film locations & was not aware that the Derby had closed. Supposedly it made an appearance in Mildred Pierce too.