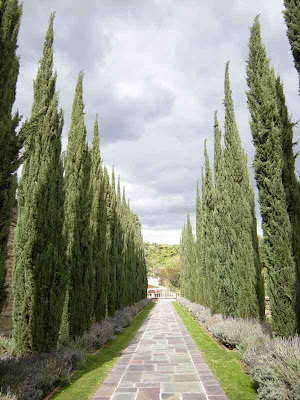 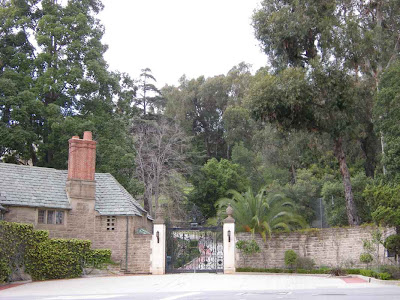 The book was adapted in 1965 by Terry Southern into a sprawling film of the same name, billed as The motion picture with something to offend everyone! Not particularly true to the book, the film features many in-joke cameos and familiar California filming locations like the Greystone Mansion. Christopher Isherwood worked on an early version of the screenplay and can be glimpsed as one of 'Uncle Frank's' mourners. -- wiki 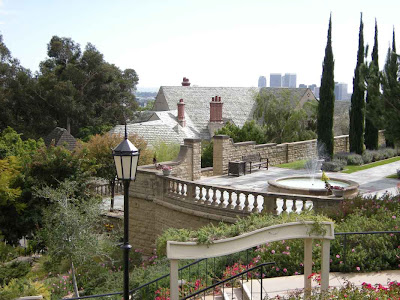 The Loved One is a 1965 film about the funeral business in Los Angeles, which is based on The Loved One: An Anglo-American Tragedy (1948), a short satirical novel by Evelyn Waugh. It was directed by British filmmaker Tony Richardson and the screenplay – which also drew on Jessica Mitford's book The American Way of Death (1963) – was written by noted American satirical novelist Terry Southern and British author Christopher Isherwood. -- wiki 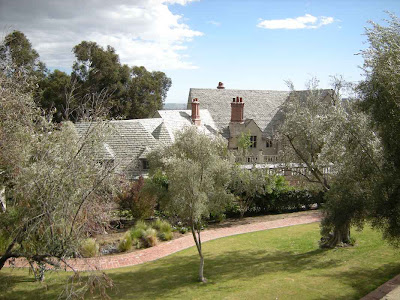 Young Englishman Dennis Barlow (Robert Morse) wins an airline ticket and visits his uncle Sir Francis Hinsley (John Gielgud) in Los Angeles. Hinsley has worked as a production staffer at a major Hollywood studio for over thirty years. His employer D.J. Jr. (Roddy McDowall) fires Hinsley, despite the old man’s faithful dedication to the company. Hinsley commits suicide by hanging himself. Dennis is swayed by a prominent member of the local English expatriate community to spend most of the money from his uncle's estate on a socially prestigious burial at Whispering Glades cemetery and mortuary where he soon meets Aimee Thanatogenos (Anjanette Comer), a hopelessly naive and idealistic cosmetician who says she was named after Aimee McPherson. Dennis lusts over but has no wish for a lasting relationship. Meanwhile, Aimee worships head embalmer Mr. Joyboy (Rod Steiger) who wants to marry her. -- wiki 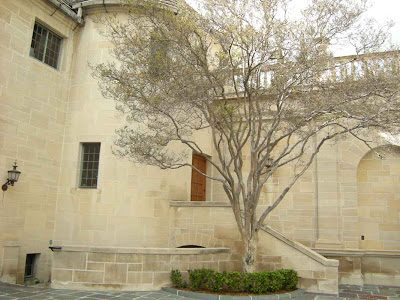 Both Upton Sinclair's book OIL (1927) and the recent film THERE WILL BE BLOOD (2007) are loosely based on the life of Edward L. Doheny. Greystone Mansion aka the Doheny Mansion served location for the final sequence in the film. The filmmakers refurbished a former bowling alley in the basement of the mansion. 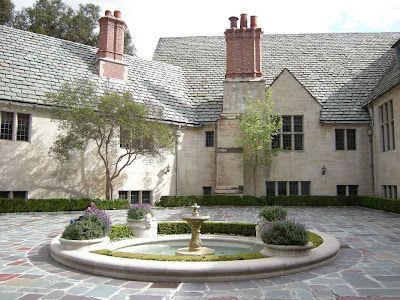 Greystone Mansion: A Dec. 27, 2007 article in the Home section about the use of Greystone Mansion as a shooting location for "There Will Be Blood" said filmmakers chose the site based on scouting photos and prior knowledge that the basement contained a bowling alley. In fact, filmmakers visited the site, at which point they discovered the bowling alley. -- L.A. Times

The Doheny Mansion of Murder and Suicide

On February 16, 1929, four months after Ned Doheny, his wife Lucy and their five children moved into Greystone, Ned died in his bedroom in a murder-suicide with his secretary, Hugh Plunket. The official story indicated Plunket murdered Ned either because of a "nervous disorder" or inflamed with anger over not receiving a raise. Others point out that Ned's gun was the murder weapon and that Ned was not buried in a Catholic cemetery with the rest of his family, indicating that he had committed suicide. Both men were involved in the trial of Ned's father (Edward L. Doheny) in the Teapot Dome scandal.