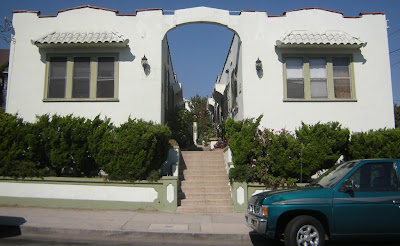 A Los Angeles private investigator named J.J. "Jake" Gittes (Jack Nicholson) is hired to spy on Hollis Mulwray, the chief engineer for the city's water department. The woman hiring Gittes (Diane Ladd) claims to be Mulwray's wife Evelyn, suspecting him of adultery. But Mulwray spends most of his time investigating dry riverbeds and drainage outlets. He also has a heated argument in public with an elderly man. Gittes finally catches Mulwray during an outing with a young blonde and photographs the pair, which becomes a scandal in the press. After the story is published, Gittes is confronted by the real Evelyn Mulwray (Faye Dunaway). She threatens to sue. Jake's been duped by the phony. He needs to find out who did this and why. 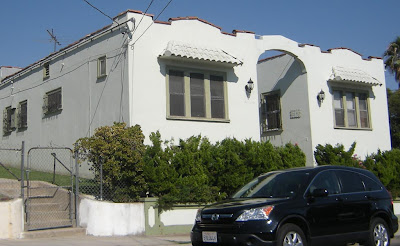 Private Detective Jake Gittes, played by Jack Nicholson, arrives at this apartment building, a classic Hollywood Bungalow style apartment building, searching for the truth, and finds the dead body of Ida Sessions, played by Diane Ladd, and the LAPD's Homicide Squad led by Lt. Escobar, played by Perry Lopez. Ida is dead and Jake's phone number is scralled on her kitchen wall. What's a private detective to do? 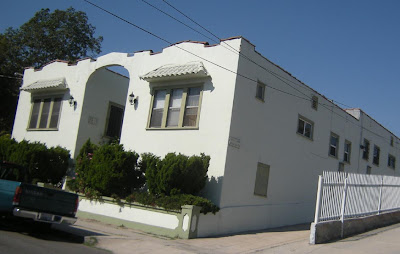 What is the address?