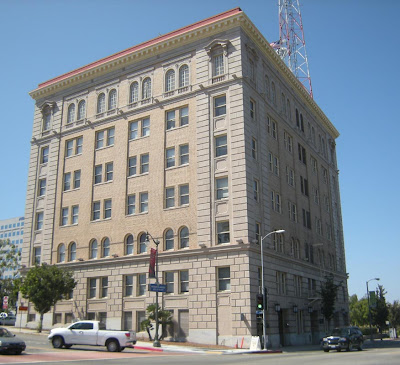 In Bob Rafelson's 1981 remake of THE POSTMAN ALWAYS RINGS TWICE, Jack Nicholson's character Frank Chambers and Jessica Lange's Cora Papadakis are arrested and taken downtown. However, San Pedro's Municipal Building stood in for L.A.'s Hall of Justice. Why? I do not know. 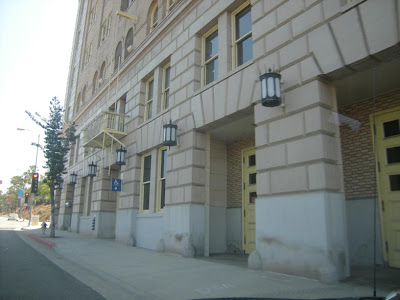 When I was a teenager growing up in Gardena, my father visited some friends of his who ran a bookie operation out of a San Pedro apartment. While he sat there talking with his pals, the door caved in and the vice squad arrived to arrest everyone for felony bookmaking. One of the younger officers pointed his gun at my father and threatened to "blow his head off if he moved." My father responded with a question, "You're gonna kill me for bookmaking?" They took my father to the San Pedro jail, which was located in the San Pedro Municipal Building. The charge against him was reduced to misdemeanor gambling and he was released with a fine. 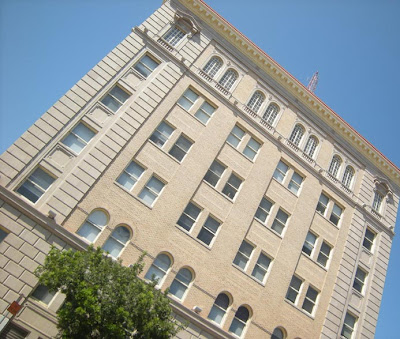