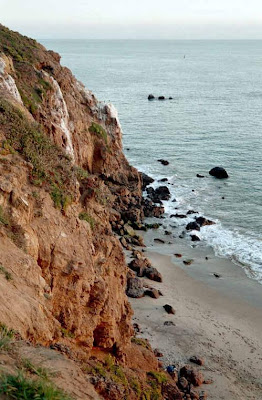 In the original novel, the Planet of the Apes is located in the solar system of Betelgeuse and is not Earth. However the twist ending of the novel has Ulysse Mérou arriving back to Earth after his space flight to find out that it has taken the exact same evolutionary path and that the Apes are now in control. Although it is a significantly different twist ending, it inspired Rod Serling's twist. Producer Arthur P. Jacobs contacted Pierre Boulle and asked him to take a look at the script to see if it could be improved, to which the author responded on April 29, 1965. He said that "he truly did not like the Statue of Liberty ending, feeling that it cheapened the story as a whole, and served as the 'temptation from the Devil'. In fact, if Boulle was to contribute anything at all to the screenplay he would, in his own words, 'have to dismiss it entirely from my mind'". 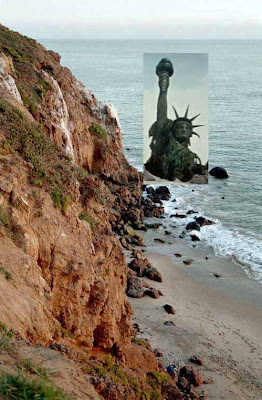 Both the cave digging and the Statue of Liberty finale scenes were staged and shot here on this desolate piece of Point Dume called Pirates Cove. The Statue was matted in. 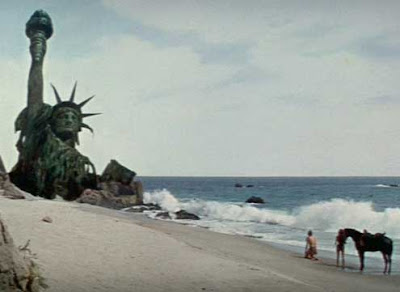 Maybe it was the summer of 1968 or the summer of 69, but we were on vacation with our extended family to attend the Del Mar Horse Racing meet. My dear Aunt Ruth's seventh (?) husband, was a horse trainer and invited us down for the summer. We rented a house in Solano Beach. I remember eating an incredible chicken dinner at a victorian restaurant (the Twin Inns?) that actually had chickens running freely around the property. Anyway, THE PLANET OF THE APES (1968) was playing at the local cinema. My parents took me to see the movie. I hadn't yet seen Kubrick's 2001, so this served as my introduction to science fiction in the new cinema.