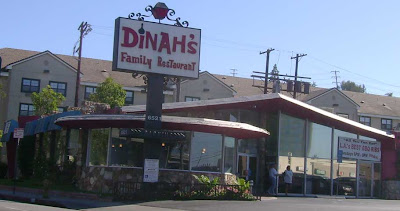 The Dude is enjoying a relaxing bath when he receives a message that his car has been found. Mid-message, three German nihilists invade the Dude's apartment, identifying themselves as the kidnappers. They interrogate and threaten him for the ransom money. The Dude returns to Maude's studio, where she identifies the German nihilists as Bunny's friends (including her pornographic co-star Uli Kunkel AKA "Karl Hungus")... Meanwhile, it is now clear that the kidnapping was itself a ruse: While Bunny took an unannounced trip, the nihilists (her friends) alleged a kidnapping in order to get money from her husband. The Dude and Walter arrive at the Big Lebowski residence, finding Bunny back at home, having returned from her trip. They confront the Big Lebowski with their version of the events, which he counters but does not deny. The affair apparently over, the Dude and his bowling teammates are once again confronted by the nihilists, who have set the Dude's car on fire. They are still demanding the million dollars. After telling the nihilists they know that they never kidnapped Bunny and that the Big Lebowski never gave him any money, the nihilists demand all the money in their pockets. Walter viciously fights them off, going so far as to bite off one nihilist's ear. However, their third teammate, Donny, suffers a fatal heart attack.

The nihilists are seen in a diner ordering pancakes. Peter Stormare, who plays the lead nihilist also appears in another Coen brothers movie (Fargo (1996)) where his character of Gaear Grimsrud loves pancakes (noted by the line to Steve Buscemi's character, "Where is the pancakes house?" during the drive from Fargo to Brainerd).