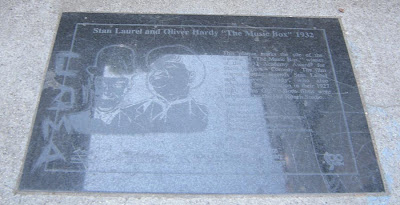 The Music Box is a Laurel and Hardy short film comedy released in 1932. It was directed by James Parrott, produced by Hal Roach and distributed by Metro-Goldwyn-Mayer. The film won the first Academy Award for Live Action Short Film (Comedy) in 1932. It has been considered culturally significant by the Library of Congress and selected for preservation in the United States National Film Registry. 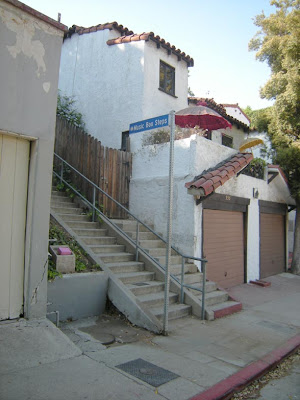 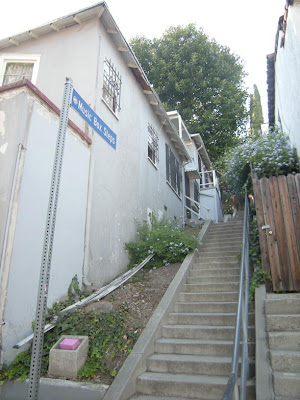 The "Music Box" steps are a public staircase, and do not lead to a single residence (as in the film), but instead connect Vendome Street (at the base of the hill) with Descanso Drive (at the top of the hill). They are located near the neighborhood where Sunset Boulevard and Silver Lake Boulevard intersect. The address is 923-935 Vendome Street near the intersection of Del Monte Street. A plaque was set into one of the lower steps between 1993 and 1995. 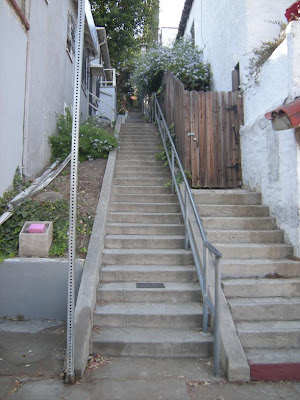 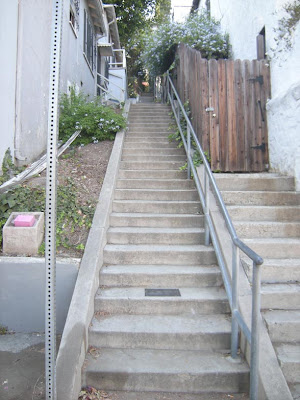 I was there on the afternoon that the plaque was installed. Leornard Maltin (sp?) was the host and they played the movie using a movie projector (and a long extesnion cord) as this was way before dvds were around.

I couldn't believe how different the stairs and the neighborhood looked from how it was presented on film.

Iron has made its name through Spiral Stairs
I like circular staircase.
They give's a nice look.
And the way they designed. I just luved it