Screenwriter Joe Gillis Snuck Out of the Alto-Nido Apartments 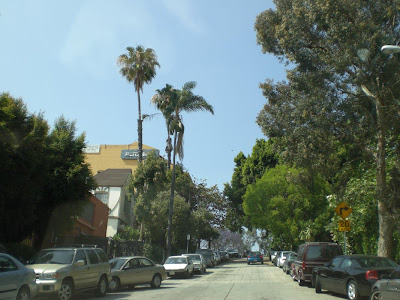 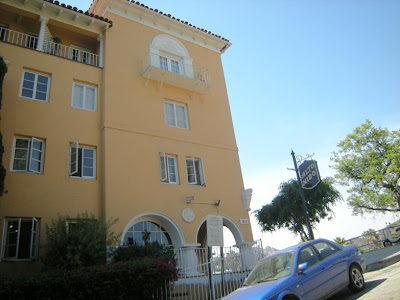 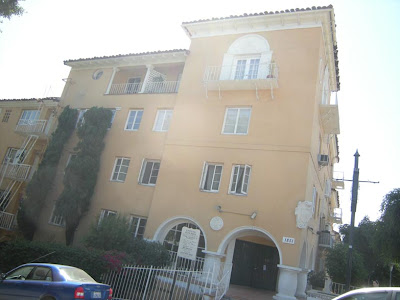 Wilder also made use of authentic locales. Joe Gillis's home in the Alto-Nido apartments was a real apartment block located in central Hollywood and often populated by struggling writers. The scenes of Gillis and Betty Schaefer on Paramount's backlot were filmed on the actual backlot and the interior of Schwab's Drug Store was carefully recreated for several scenes. The exterior scenes of the Desmond house were filmed in the vicinity of an old home on Wilshire Blvd. built during the 1920s, which by 1949 was owned by the former wife of J. Paul Getty. The (Getty Mansion on Irving) house was also featured in Rebel Without a Cause. It has since been demolished and an office building (parking lot) stands in its location. 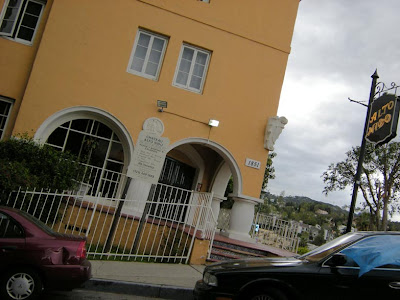 Back in the mid-1980s, I was trying to work as a Personal Manager/Agent and I took to representing comedians. I spent a lot of time at the clubs and met endless amounts of upcoming celebrities-in-training. For a brief period, I represented a female comedian who lived in the Alto-Nido Apartments. I thought she was pretty terrific and I'm surprised she hasn't become a household name. One night, she drove us to a stand up gig in the west valley somewhere I've long forgotten. Back in Hollywood, I left my car parked down the hill on Franklin, just north of the Alto-Nido Apartment building. When we returned to Hollywood after her performance, I returned to my car and found my front passenger window had exploded into 1000s of little pieces and my car stereo had been stolen. This was the second time my car had been broken into. The first time the car was parked near Gold's Gym in Venice and instead of breaking my window, the heartless thief thought it was better to cut open my sun roof to get to my car stereo. I guess if they weren't stupid, they wouldn't be criminals. 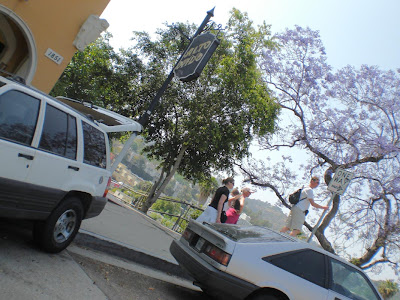