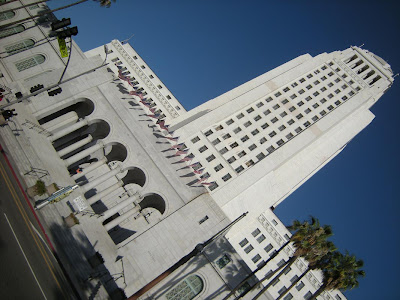 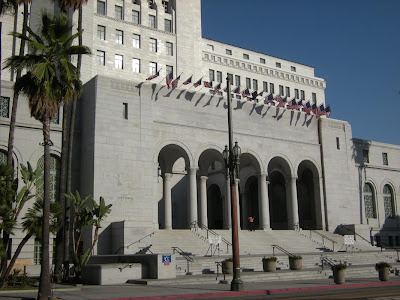 Los Angeles City Hall was used as the DAILY PLANET building in the 1950s TV series "THE ADVENTURES OF SUPERMAN." From its completion in 1928 to 1964, the City Hall was the tallest building in Los Angeles. The MAYOR has an office in room 300 and the CITY COUNCIL meets here in their chambers. The building is embossed on Los Angeles Police Department badges. 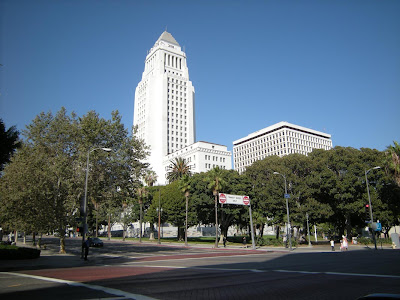 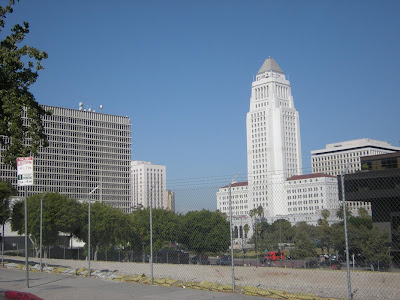 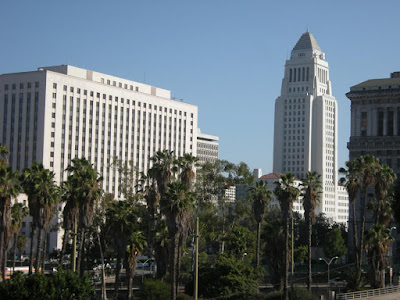 Posted by Brian Aldrich at 7:30 PM