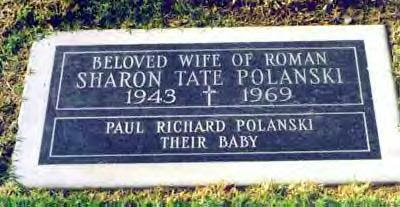 Sharon and Roman fell in love. They were married on January 20, 1968. Later that year, Sharon learned she was pregnant. She and Roman found a larger house to live in with the baby at 10050 Cielo Drive in Benedict Canyon, a beautiful ranch style home with a pool and guesthouse. The previous tenants had been Terry Melcher, son of Doris Day, and his girlfriend Candice Bergen. In February 1969, Sharon and Roman moved in. Sharon called the home her "love house."

On the evening of August 8, 1969, Sharon Tate, Jay Sebring, Wojciech Frykowski and Frykowski's girlfriend, coffee heiress Abigail Folger, ate their last meal at El Coyote on Beverly Boulevard. They returned to the Cielo Drive home in Benedict Canyon about 10:30 p.m. 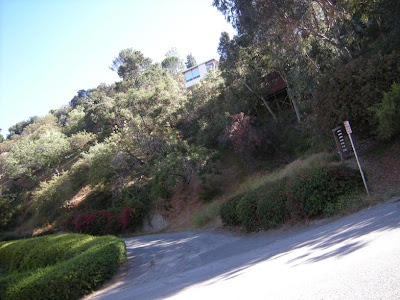 During the night they were murdered by members of Charles Manson's "Family" and their bodies discovered the following morning by Tate's housekeeper, Winifred Chapman. Police arrived at the scene to find the body of a young man, later identified as Steven Parent, shot to death in his car, which was in the driveway. Inside the house, the bodies of Tate and Sebring were found in the living room; a long rope tied around each of their necks connected them. On the front lawn lay the bodies of Frykowski and Folger. All of the victims, except Parent, had been stabbed numerous times. The coroner's report for Tate noted that she had been stabbed sixteen times, and that "five of the wounds were in and of themselves fatal". 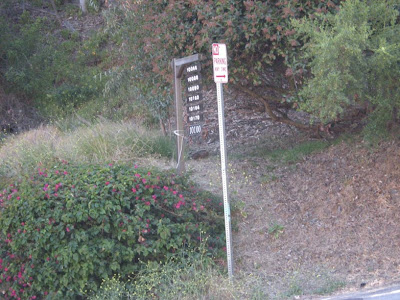 Police took the only survivor at the address, the caretaker William Garretson, for questioning. Garretson lived in the guest house which was located on the property, but a short distance from the house, and not immediately visible. As the first suspect, he was questioned and submitted to a polygraph test. He said that Parent had visited him at approximately 11:30 p.m. and left after a few minutes. Garretson said he had no involvement in the murders and did not know anything that could help the investigation. Police accepted his explanation and he was allowed to leave. 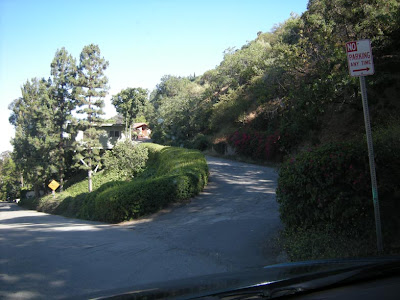 Cult leader Charles Manson and his group went on to kill the La Bianca's the next day. Eventually, Manson and company were arrested, found guilty and sent to prison. They cheated the hangman when capital punishment was briefly outlawed in California. The Cielo Drive house was razed and a new mansion built in its place. 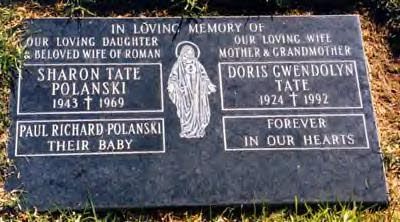 Sharon Tate was interred at Holy Cross Cemetery in Culver City, California. She was buried with her son in her arms. Her grave is just a short distance from Bela Lugosi, Bing Crosby, and Rita Hayworth. 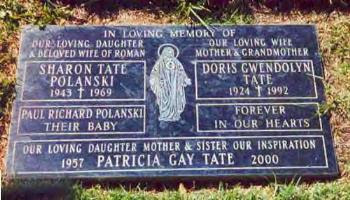 Posted by Brian Aldrich at 1:41 AM

Sharon Tate was a beautiful person both inside and out.
She loved life and was looking forward to the future.
That time never came for her.
She will always be in our hearts.