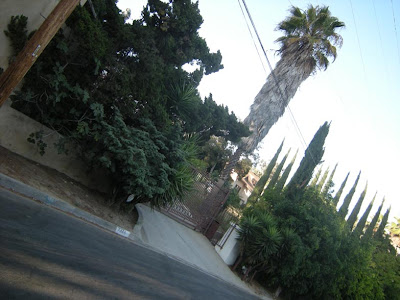 The night after Charles Manson's family killed Sharon Tate and her house guests on Cielo Drive in Benedict Canyon, they went after Leno and Rosemary LaBianca who lived in the Los Feliz neighborhood on Waverly Drive. Manson and his family members had attended a party next door a year previously. The supermarket executive and his dress shop owner wife were savagely murdered. 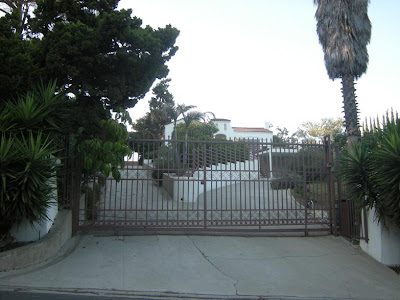 According to Atkins and Kasabian, Manson returned, after disappearing up the driveway, to say he had tied up the house's occupants; he then sent Watson up with Krenwinkel and Van Houten. In his autobiography, Watson would state that, having gone up alone, Manson returned to take him up to the house with him: when Manson had pointed out a sleeping man through a window, they entered through the unlocked back door. Watson added that, at trial, he "went along with" the women's account, which he figured made him "look that much less responsible."

Rousing the sleeping Leno LaBianca from the couch at gunpoint, as Watson tells it, Manson had Watson bind his hands with a leather thong. After Rosemary LaBianca was brought briefly into the living room from the bedroom, Watson followed Manson’s instructions to cover the couple’s heads with pillowcases, which he bound in place with lamp cords. Manson left, sending Krenwinkel and Leslie Van Houten into the house with instructions that the couple be killed. 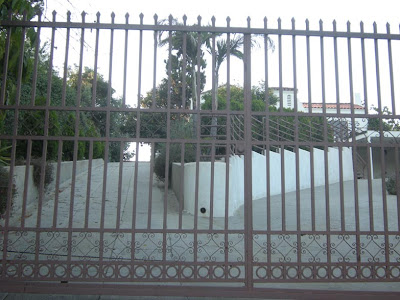 Before leaving Spahn Ranch, Watson had complained to Manson of the inadequacy of the previous night's weapons. Now, sending the women from the kitchen to the bedroom, to which Rosemary LaBianca had been returned, he went to the living room and began stabbing Leno LaBianca with a chrome-plated bayonet, the first thrust going into the man's throat.

Sounds of a scuffle in the bedroom drew Watson there to discover Mrs. LaBianca keeping the women at bay by swinging the lamp tied to her neck. Subduing her with several stabs of the bayonet, Watson returned to the living room and resumed attacking Leno, who was stabbed twelve times with the bayonet. After Watson had finished, he carved "WAR" on the man's exposed abdomen, as he would state in his autobiography. Atkins, who did not enter the LaBianca house, told a grand jury she believed Krenwinkel had carved the word. In a ghost-written newspaper account based on a statement she had made
earlier to her attorney, she said Watson carved it.

Returning to the bedroom, where Krenwinkel was stabbing Rosemary LaBianca with a knife from the LaBianca kitchen, Watson—heeding Manson’s instruction to make sure each of the women played a part—told Van Houten to stab her too. She did, on the exposed buttocks and elsewhere. At trial, Van Houten would claim, uncertainly, that Rosemary LaBianca was dead by the time she stabbed her. Evidence showed that many of Mrs. LaBianca's forty-one stab wounds had, in fact, been inflicted post-mortem.

While Watson cleaned off the bayonet and showered, Krenwinkel wrote "Rise" and "Death to pigs" on the walls and "Healter [sic] Skelter" on the refrigerator door, all in blood. She gave Leno LaBianca fourteen puncture wounds with an ivory-handled, two-tined carving fork, which she left jutting out of his stomach; she also planted a steak knife in his throat.

Hoping for a double crime, Manson had gone on to direct Kasabian to drive to the Venice home of an actor acquaintance of hers, another "piggy." Depositing the second trio of Family members at the man's apartment building, he drove back to Spahn Ranch, leaving them and the LaBianca killers to hitchhike home. Kasabian thwarted this murder by deliberately knocking on the wrong apartment door and waking a stranger. As the group abandoned the murder plan and left, Susan Atkins defecated in the stairwell.