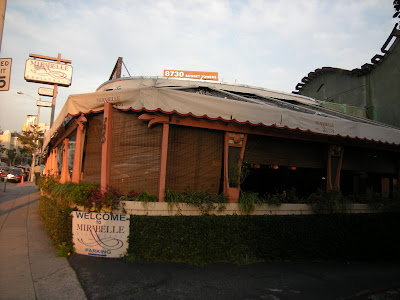 Years ago when I was doing the agent/personal manager thing, my boss used to like to dine here at Mirabelle's. I haven't been there in years. I can't tell you how many struggling starlets I used to see hanging on the bar like bats, scoping out the room for powerful men on which to feed. Some of them wound up with sitcoms in the 80s and 90s. Ah, the magic of Mirabelle's. 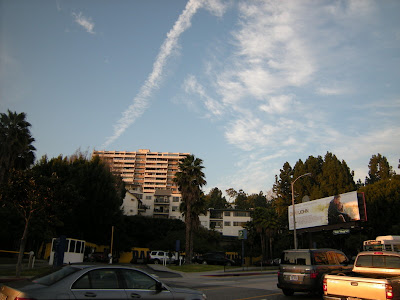 See that tall condo building? That's where Art Linkletter's daughter Diane jumped off the porch to her death. The father blamed it on drugs, but the autopsy showed there weren't any in her system. 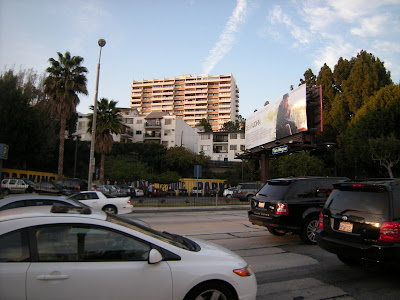 See. The traffic is still bad. I told you. 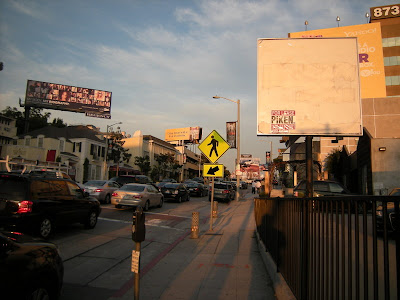