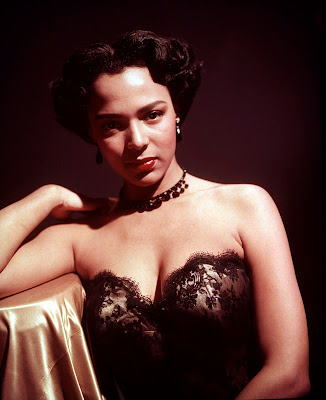 Dorothy Jean Dandridge (November 9, 1922 – September 8, 1965) was an American actress and popular singer, and was the first African American to be nominated for an Academy Award for Best Actress.[1]

Dandridge was married and divorced twice, first to dancer and entertainer Harold Nicholas (the father of her daughter, Harolyn Suzanne) and then to Jack Denison.

Dorothy Dandridge was born on November 9, 1922 in Cleveland, Ohio, to Cyril Dandridge (October 25, 1895 – July 9, 1989),[2][3] a cabinetmaker and minister, and to Ruby Dandridge (née Butler), an aspiring entertainer. Dandridge's parents separated shortly before her birth.[4] Ruby Dandridge soon created an act for her two young daughters, Vivian and Dorothy, under the name of "The Wonder Children." The daughters toured the Southern United States for five years while Ruby worked and performed in Cleveland. During this time, they toured almost non-stop and rarely attended school.[5]

At the onset of the Great Depression, work virtually dried up for the Dandridges, as it did for many of the Chitlin' circuit performers. Ruby Dandridge moved to Hollywood, California, where she found steady work on radio and film in small parts as a domestic servant. "The Wonder Kids" were renamed "The Dandridge Sisters" and booked into such venues as the Cotton Club[6] and the Apollo Theater in Harlem, New York City.

Dorothy Dandridge's first screen appearance was a bit part in a 1935 Our Gang short.[7] In 1937, she appeared in the Marx Brothers feature film, A Day at the Races.[8] In 1940, Dandridge played a murderer in the race film, Four Shall Die. All of her early parts were stereotypical African-American roles, but her singing ability and presence brought her popularity in nightclubs nationwide. During this period, she starred in several "soundies" – film clips designed to be displayed on juke boxes including "Paper Doll" by the Mills Brothers, "Cow Cow Boogie", "Jig in the Jungle", "Mr. & Mrs. Carpenter's Rent Party."[9] 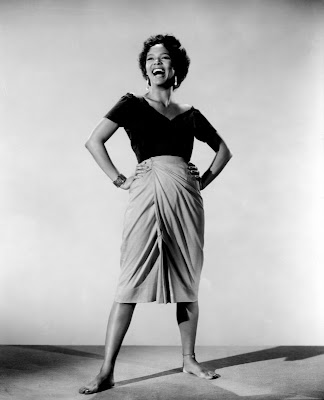 Upon release in 1955, Carmen Jones grossed $60,000 during its first week and $47,000 in its second week.[citation needed] The film received favorable reviews, and Dandridge was nominated for an Academy Award for Best Actress, becoming only the third African American to receive a nomination in any Academy Award category (after Hattie McDaniel and Ethel Waters). Grace Kelly won the award for her performance in The Country Girl. At the awards ceremony, Dandridge presented the Academy Award for Film Editing to Gene Milford for On the Waterfront.

Dandridge first gained fame as a solo artist from her performances in nightclubs, usually accompanied by Phil Moore on piano. As well-known as she became from renditions of songs such as "Blow Out the Candle", "You Do Something To Me", and "Talk Sweet Talk To Me", she recorded very little on vinyl. Whether it was because of personal choice or lack of opportunity is unknown.

In 1951, she recorded a single for Columbia Records:
"Blow Out the Candle/Talk Sweet Talk To Me" (catalogue # unknown)

In 1953, she recorded a song for the film Remains To Be Seen:
"Taking a Chance On Love" (MGM Records, catalogue # unknown)

These represent the only known songs Dandridge recorded on vinyl. Several songs she sang were recorded on Soundies. These songs, which include her version of "Cow Cow Boogie," are not included on this list.

Dandridge married dancer and entertainer Harold Nicholas on September 6, 1942, and gave birth to her only child, Harolyn Suzanne Nicholas, on September 2, 1943. Harolyn was born brain-damaged, and the couple divorced in October 1951.[4]

Dandridge married Jack Denison on June 22, 1959, although the pair divorced amid allegations of domestic abuse and financial setbacks. At this time, Dandridge discovered that the people who were handling her finances had swindled her out of $150,000, and that she was $139,000 in debt for back taxes. Forced to sell her Hollywood home and to place her daughter in a state mental institution in Camarillo, California, Dandridge moved into a small apartment at 8495 Fountain Avenue in West Hollywood, California. Alone and without any acting roles or singing engagements on the horizon, Dandridge suffered a nervous breakdown. Shortly thereafter, Earl Mills started arranging her comeback. 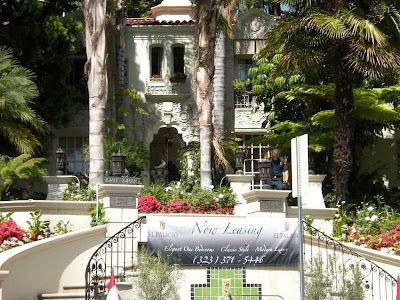 On September 8, 1965, Dandridge spoke by telephone with friend Gerry Branton. Dandridge was scheduled to fly to New York the next day to prepare for her nightclub engagement at Basin Street East. Several hours after her conversation with Branton ended, Dandridge was found dead by her manager, Earl Mills. Two months later a Los Angeles pathology institute determined the cause to be an accidental overdose of Imipramine, a tricyclic antidepressant. She was 42 years old.[12]

On September 12, 1965, a private funeral service was held for Dandridge at the Little Chapel of the Flowers; then she was cremated and her ashes were entombed in the Freedom Mausoleum at Forest Lawn Cemetery in Glendale, California. 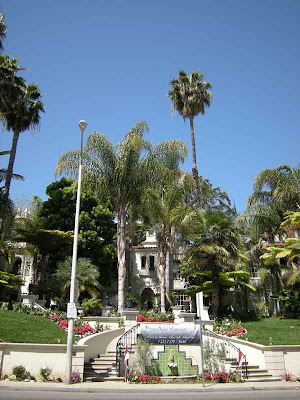 In 1999, Halle Berry took the lead role of Dandridge in the HBO Movie Introducing Dorothy Dandridge, for which she won an Emmy Award, a Golden Globe Award[13], and a Screen Actors Guild Award.[14] When Berry won the Academy Award for Best Actress for her role in Monster's Ball, she dedicated the "moment [to] Dorothy Dandridge, Lena Horne, Diahann Carroll."[15]

For her contribution to the motion picture industry, Dorothy Dandridge has a star on the Hollywood Walk of Fame at 6719 Hollywood Boulevard. 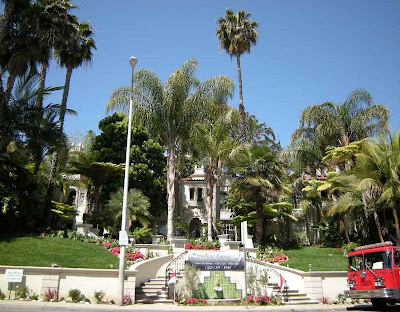 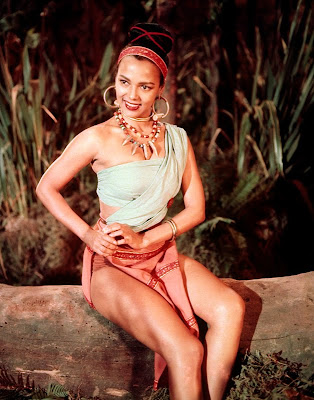