The Key Club sits on the piece of real estate where the legendary Gazzarri's once stood. The location can be seen in John Cassavetes' THE KILLING OF A CHINESE BOOKIE where Gazzarri's stands in for a stripclub.

Prior to Gazzarri's, the property held Sherry's Cafe where Mickey Cohen was shot. 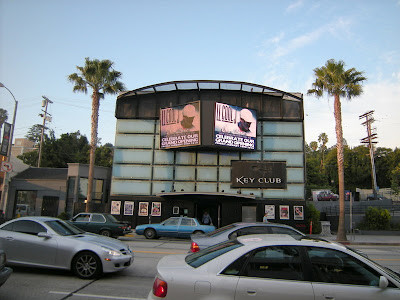 Gazzarri's was a nightclub on the Sunset Strip in West Hollywood, California, United States. The Key Club opened in 1996 at the same location after Gazzari's was demolished.

It is most notable as the location where The Doors and Van Halen were featured house bands for long stretches before being discovered. It was also the LA club featured in Huey Lewis and the News MTV video for their hit "The Heart of Rock and Roll."

The club reached its peak of popularity in the mid-1960s through the late 1980s, and was owned and operated by the "Godfather of Rock and Roll", Bill Gazzarri. Gazzarri himself was known for dressing up as a Chicago-style gangster and frequenting the club on performance nights. Located near the corner of Doheny and Sunset Boulevard in West Hollywood, and just several dozen yards from both the Rainbow Bar and Grill and The Roxy Theatre, Gazarri's became famous as a home of future rock and roll stars. 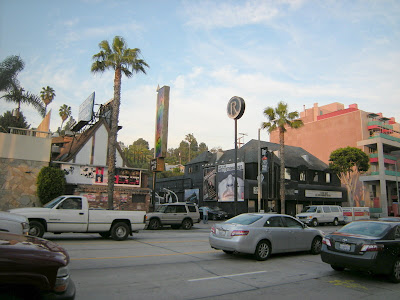 The Rainbow Bar and Grill is a bar and restaurant on the Sunset Strip in West Hollywood, California, United States adjacent to the border of Beverly Hills, California. Its address is 9015 Sunset Boulevard.

The bottom level of the Rainbow is the restaurant, The Rainbow Bar and Grill. Upstairs is an exclusive club called "Over the Rainbow". The Over the Rainbow consists of a full bar, dance floor, and a DJ booth. The club is usually reserved for musicians and others to whom only bouncers allow access. The restaurant is next to the nightclubs, The Roxy Theatre and The Key Club.

The restaurant was founded in early 1972 by Elmer Valentine, Lou Adler, Mario Maglieri and others. At the time, the word "rainbow" signified peace and freedom. It quickly became known as a hangout for celebrities of all types. John Belushi ate his last meal (lentil soup) at table #16. For many years, the owner was Mario Maglieri.

Before becoming the Rainbow, the restaurant was the Villa Nova restaurant, which was originally owned by film director Vincente Minnelli, at the time married to Judy Garland. Joe DiMaggio and Marilyn Monroe met at the restaurant on a blind date in 1952.

The Rainbow became known as a hangout for rock musicians and their groupies.
--wiki 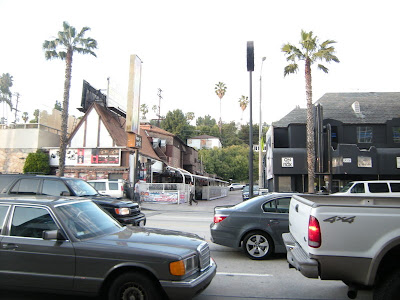 The Roxy Theatre (often just The Roxy) is a famous nightclub on the Sunset Strip in West Hollywood, California.

It was opened on September 23, 1973 by Elmer Valentine and Lou Adler along with original partners David Geffen, Elliot Roberts and Peter Asher. They took over building previously occupied by a strip club owned by Chuck Landis called the Largo. (Adler was actually responsible for bringing the stage play The Rocky Horror Show to the United States, and it opened its first American run at The Roxy Theatre in 1974, before it was made into the movie The Rocky Horror Picture Show the next year.) 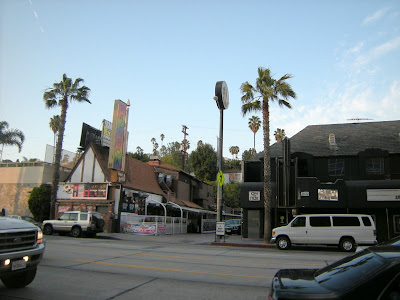