The Westwood Festival Theater Has Closed 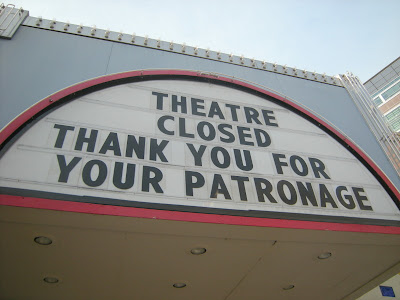 The Mann Festival Theater opened in 1970, in a building that opened in 1929 as one of Westwood Village's first six buildings, and had housed the first Ralph's supermarket. Its understated exterior matches its simplistic, but comfortable auditorium.

Neither flashy nor opulent, this single screen theater has been a popular Westwood venue for years.

Smaller premieres are also held here and, occasionally, Hollywood luminaries have been spotted at this quiet, out-of-the-way theater.

The building was placed on the National Register of Historic Places in 1992. 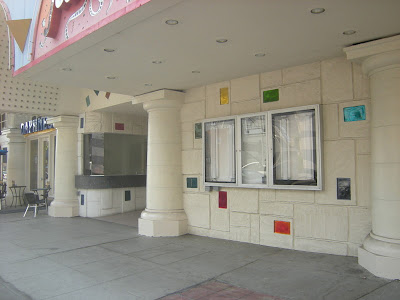 Hat tip to the New Beverly Theater's Twitter poster for noticing that the Mann Festival has put up a final message to patrons. Known previously as the Egyptian (and as the UA and the Odeon, per Cinema Treasures), the single screen on Lindbrook Drive is perhaps best known for its location. It occupies part of a building that is listed on the National Register of Historic Places, originally a Ralphs grocery dating to the first years of Westwood Village. (It's sometimes described, in error, as the first Ralphs.) The distinctive tower at the corner at Westwood and Lindbrook that now houses a Peet's Coffee used to be the entrance to the Bratskellar restaurant; there have been lots of other things in there too through the years. 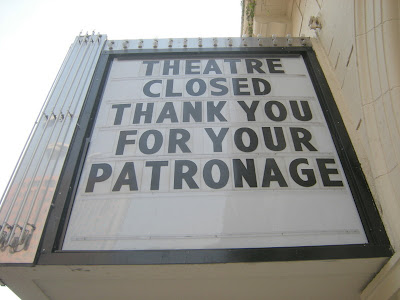