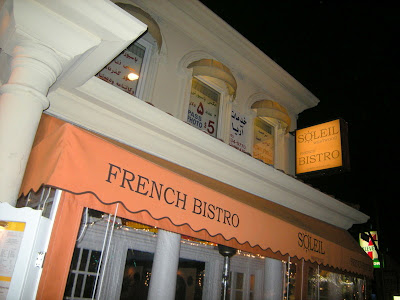 Okay, so the original plan was to go to El Coyote for Christmas Eve, but we learned they closed early. So, after discarding Miceli's and Ca Brea for the same reasons, we made the decision to pick up Diane's buddy in west hollywood and go to Musso & Frank for christmas eve. We made reservations.

(I jokingly suggested Jan's Coffee Shop as only a last resort.) 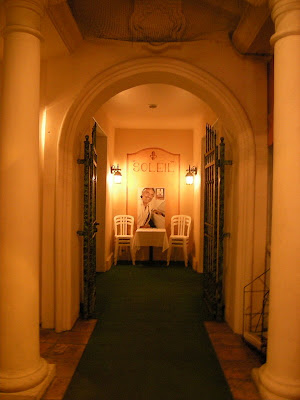 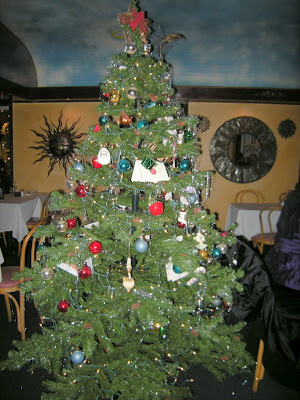 Okay, so that was settled, but earlier in the day, my wifey was taking her mother and niece to see MARY POPPINS at a matinee downtown, so we really didn't know if she'd be too exhausted to go to Hollywood after that. So, after the show ended, Diane called me on her way home and woke me from my christmas eve afternoon nap. 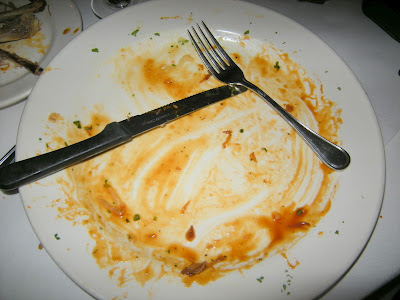 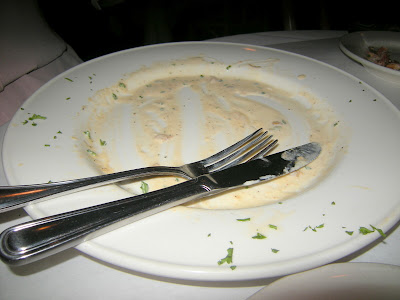 She was cool with going to Musso's, but would double check with her buddy. She advised me to hit the showers and I did. I shaved, washed, and put on new underwear. But after all that, Diane's buddy cancelled, so we decided to stay local and went to my new favorite Westwood restaurant SOLEIL. The Chef is French Canadian, so we toasted my mother and her family. 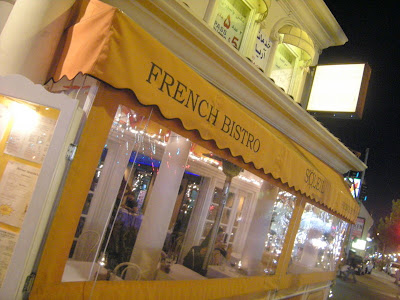 We shared a warm spinach salad with a great bottle of dry chardonnay new to their wine list. At long last Diane had the pumpkin ravioli she's lusted after, but hadn't yet ordered, and she added shrimps to the dish for the protein factor. (The myth about Jewish girls not liking shellfish = forgetaboutit. She also adores scallops. I make shrimps and scallops ritually every year for her on New Year's Eve. ) I had the duck with scalloped potatoes. We're becoming regulars here and we have had the same delightful european waiter on each occasion. No poutine this time.