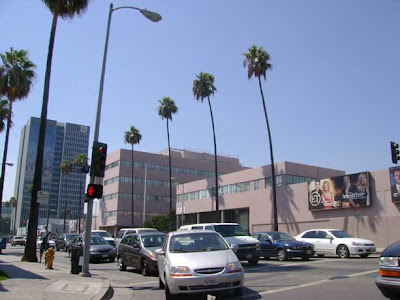 I left the cool breezes of Hollywood Forever Cemetery via the Gower Gate and drove north, passing the old phone company building and approaching Gower Gulch. Here at Sunset and Gower I waited for a left turn and took this picture above. That's CBS radio in the background, those tan buildings. Just up from the northeast corner is Roscoe's Chicken and Waffles Restaurant. I always order the "juicy chicken breast with waffle." 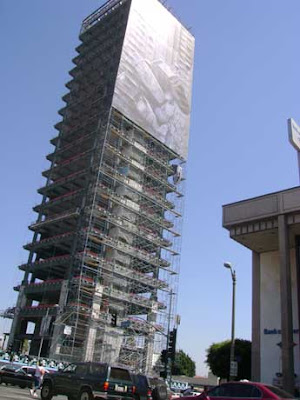 This huge gutted skyscraper stands at the southeast corner of Sunset and Vine. It's been there a long time and I used to go to a jazz and blues club on the roof. I think it was called SIMPLY BLUES? I remember being there one night in 87-88 with a group of actors, celebrating one of their birthdays, smoking cigars and sipping really expensive wine. No one ordered "BERGEN," but we had a good time. I remember hearing a lot of great music every time I went there. 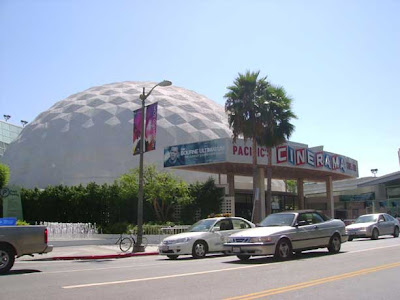 When we lived on Cochran near La Brea, I used to go to the Dome all the time. If you knew where to park, you could park for free. Otherwise there was the lot, the red cones, and the flashlights. In 1979, my girlfriend at the time bought me, for my birthday, advance tickets to APOCALYPSE NOW at the Dome. Years later, I went to see the REDUX version and saw Laurence Fishburne buying popcorn in the lobby. 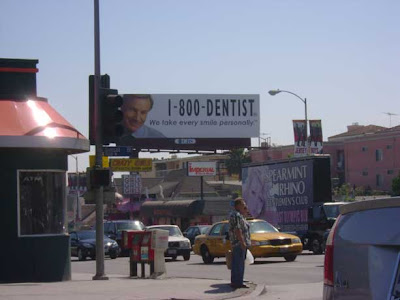 Driving east on Sunset, I saw a rotting motel for sale, but I couldn't get a good shot and I needed air conditioning. At the intersection of Sunset and La Brea, the "LIVE GIRLS" sign in the background reminded me of the vampire novel of the same name by Ray Garton. I've heard it was reissued recently. A truly excellent "vampires in a strip club" horror story. 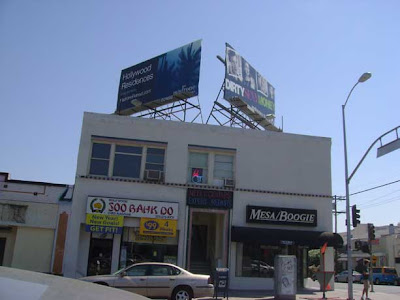 Further down Sunset, along Guitar Row, I spotted MESA/BOOGIE. Turns out this is a big time music store I've never been to. But I'm as musically gifted as a brick. 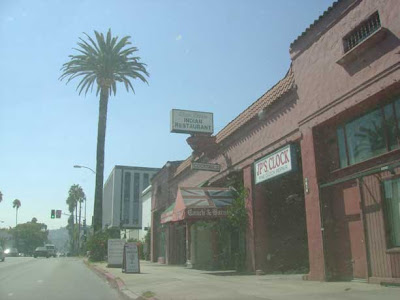 Finally, through my filthy windshield, I could see the promise land. There, through all the muck and mire that had fallen on my neglected Mercury, appeared the SAMUEL FRENCH BOOKSTORE and the COACH AND HORSES BAR. The air conditioning beckoned, promising me sweet relief. I succumbed.

But that story is Part Eight.

Day Trip to Hollywood - Part Six
Posted by Brian Aldrich at 12:08 AM