Tuesday, August 21st, Noon, I found myself driving east on Pico. It wasn't too hot and as long as I didn't use the air conditioning, I wouldn't have to worry about my Mercury causing a fit. I considered stopping at Lazer Blazer, but decided I didn't feel like shopping. I was hungry.

Near Century City, police car sirens told me to pull over to the side of the road. Two squad cars passed me by and I swear I heard a helicopter overhead. Then, there was an ambulance. I considered turning around and heading back to "Burger Madness" in Ocean Park, but the call of El Coyote gave me courage. Turned out there was nothing to fear on Pico except the traffic. When I passed La Cienega, I looked at the piece of property where KOWLOON once stood. Many rum drinks served with umbrellas were sipped by me and mine there amongst the aquariums stocked with fish. Then, they tore it down. What a waste. It would probably have been a big hit these days.

I turned north on Hauser and drove through the spine of Park La Brea. I used to ride my bike here before they put up all the gates and drove out us peasants. My windshield was dirty. It wasn't that grey of a day. 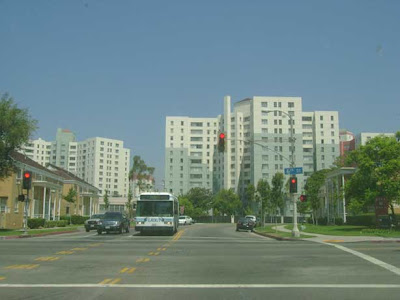 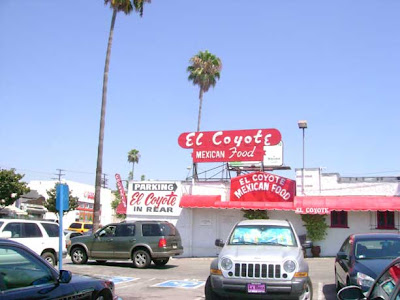 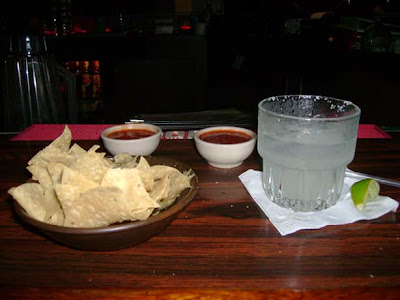 Before I reached my seat at the bar, the bartender had already taken my order. Fox News was on the television and I wanted the remote more than the scratch margarita I'd just asked for. Luckily, one of the regulars I always see in there at lunchtime got control of the remote and started changing channels. He gave me the choice of baseball or soccer. I chose CNN, but he switched it to baseball. Anything's better than Fox News. 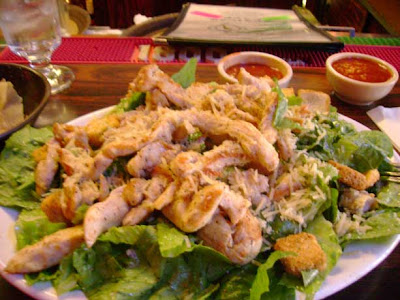 In all the years I've been going to El Coyote, I never had the Caesar Salad before. This day, I had it with Fajita chicken. It was awesome. The second scratch margarita made it even better. 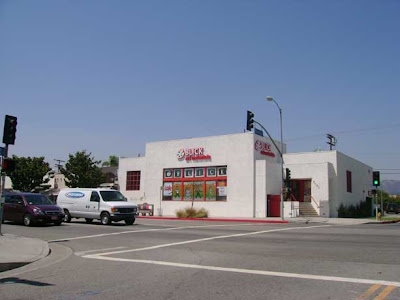 I left El Coyote by the alleyway and drove onto Beverly heading east. The New Beverly Cinema is still open while the Rialto in Pasadena ceased operation last week. Let's just hope a Starbucks doesn't wind up there someday. 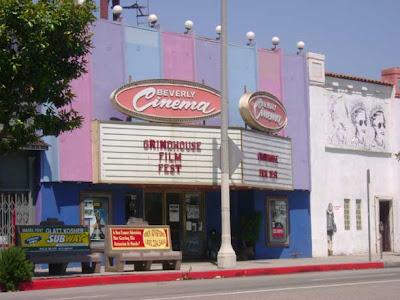 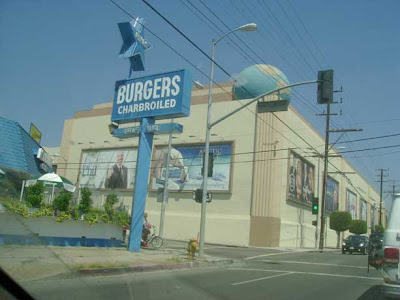 I slipped over to Larchmont and turned up to Melrose. As I approached Gower, I decided it was a good day to take another left and stop over at Hollywood Forever Cemetery. But that's Part Two.
Posted by Brian Aldrich at 11:53 PM