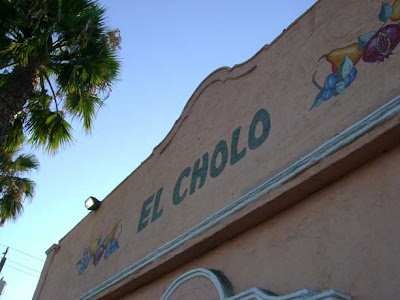 I've had it with this rotten summer. I have never looked so forward to Labor Day weekend till this year. Okay, my mom died in June, but the heat this summer has been brutal even here in Santa Monica. Is it the humidity? That's what they say about New England. In Gardena, where my mother had lived until recently, and where I grew up, there was usually a strong breeze bouncing off the hills from Redondo Beach even on the bad days. I don't know if Gardena received that benefit this year or not. Some would say I'm complaining about beautiful weather. They're probably right. I'll shut up now about the weather. Happy Labor Day.

So, when my wife came home, to beat the heat, we darted over to Wilshire & 11th and bathed in the air conditioned cavern that is El Cholo. Somewhere pinto beans were being boiled. A waiter passed with a steaming plate of beef fajitas. Alongside his father, a little boy was celebrating his mother's birthday. She was sipping a majito. Friday night office workers hadn't hit the place in numbers yet and the hour was too early for dates, so there was room everywhere except the patio. We sat at the bar, eager for refreshment before sustenance. 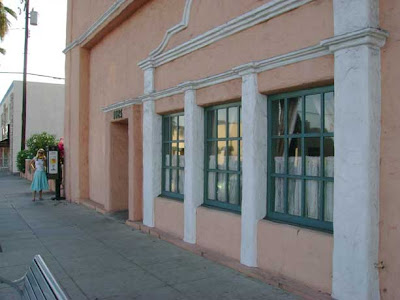 At home we make a classic margarita. We use fresh lime and/or lemon juice, Cointreau (not Triple Sec, the "corn syrup" of spirits), and 100% agave tequila. (When we were in Puerto Vallarta last year, a waiter recommended we try sipping DON EDUARDO tequila. We did and I couldn't find a bottle here in L.A. until four months ago. I'm happy now.)
At El Cholo they make an "L.A. Lemonade" that suits our requirements and is pleasantly served in a no nonsense glass with a piece of fruit. We would eventually have two rounds. We were walking home, remember? 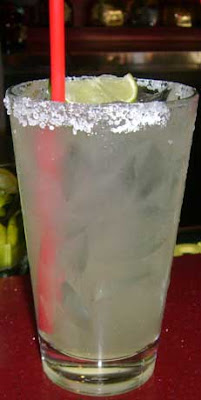 I'm preparing a series on the glorious Caesar Salad in Westside Los Angeles, so I'll have to admit in advance that I ordered El Cholo's "Felix's" Caesar Salad, created circa 1991. (The menus show the dates some of the original dishes first appeared.) The barmaid advised us to add shrimp to the salad. My wife insisted the cook grill them a bit. 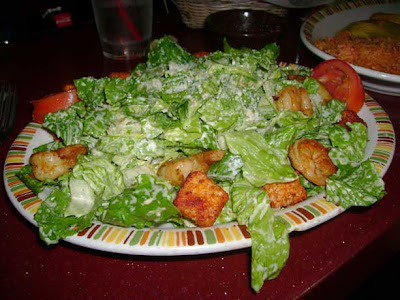 My wife ordered the green corn tamales (no date listed), available May through October only. The green corn tamales were excellent as usual. I enjoyed the Caesar with the added shrimp, but the lack of any anchovy presence added to my disappointment. I have no idea if the shrimp were grilled or not. 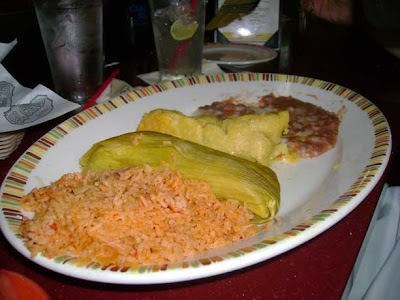 We cleaned our plates and headed home to watch Bill Maher on HBO. When we got home, we opened our windows and turned on the fan. 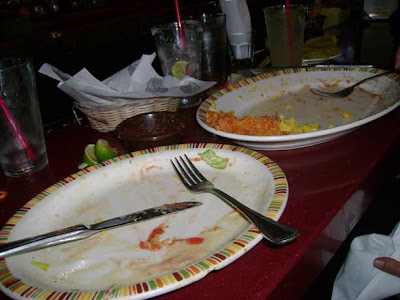