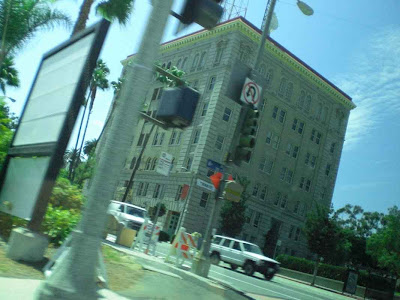 This is the San Pedro Municipal Building, also known as the "San Pedro City Hall." Construction began in 1927 and completed the fall 1928. This seven-story Beaux Arts edifice has both Neoclassical and Baroque characteristics. It was built by the Charles W. Pettifer Construction Company under the supervision of Charles O. Brittain of the City of Los Angeles Construction Dept. At 112 feet high, it is the tallest and one of the most recognizable structures in San Pedro. It is built of steel frame, brick and molded stone. The 7th floor housed an old jail that was nicknamed, "7th Heaven." The 6th floor housed a beautiful wood paneled courtroom. A fire station occupied the ground floor basement, but was converted to a garage. The building has recently been renovated and retrofitted. Today, many L.A. City entities as well as the Councilperson of the 15th District occupy many of the offices.
-- LAokay.com 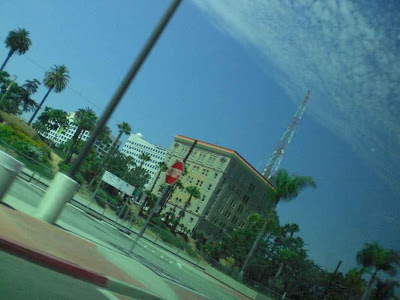 Also known as "San Pedro City Hall", the seven-story Beaux Arts building was completed in 1928 and is the tallest building in San Pedro; includes an old jail, a wood-paneled courtroom, and a fire station converted into a museum.