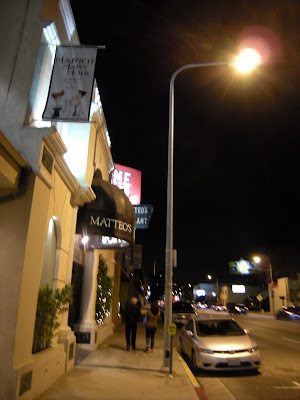 We went to Matteo's on Westwood Boulevard Wednesday night for their Happy Hour. Diane had Absolute martinis while I had the house red, which was better than the average house red. It had bite.

Matteo's has undergone a serious renovation. The rooms are spare and elegant. The music isn't intrusive. The model train that circles the bar room has been recently refurbished by craftsmen. Apparently, the trains, the tracks, the entire set design had been in disrepair prior to the restaurant's renovations. Now the sets have been restored and the train runs like new, as it was in 1963 the year of the restaurant's birth.

We ordered the "Italian" fish tacos, which were superb. Yes, the fish was battered and deep fried, but delicous and wrapped in a grilled corn tortilla with cabbage and a unique hot sauce (on the side). This hot sauce appeared to combine an Asian composition with Italian and Mexican herbs.

Two tender meat balls, peppered with green herbs, were served with a "light tomato sauce" that might even rival your mother's recipe.

I like the way the chopped salad was chopped, but I would've preferred the salami to be cut wider, for a tastier bite. Also, the dressing, while tasty enough, could be accentuated by asking the server for more vinagrette to encourage the bite once again.

Oh, and try the antipasti plate - the grilled asparagus is killer.

The mission of the nouveau happy hour is to introduce the restaurant to the curious, so the treats will tend to be designed for a broader palate. However, in this case, the excellent sauce served at happy hour hints to the majesty to be found in their dinners. I'll let you know.

We hadn't been near Matteo's since the early 80s and can't remember a thing. This affordable happy hour does serve as an introduction to this restaurant. We're going back for dinner. I see a veal chop with my name on it. 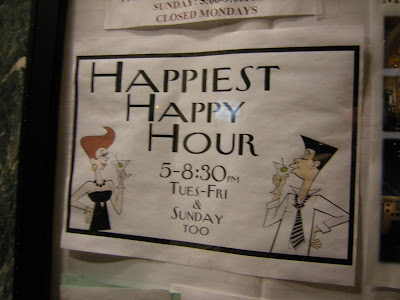 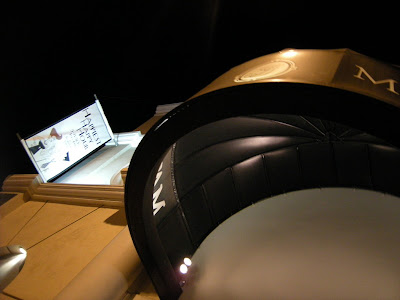 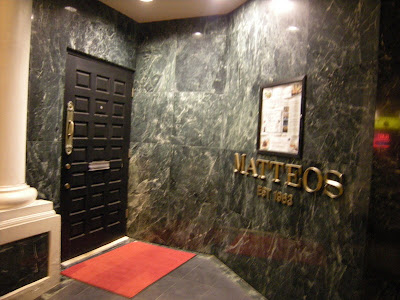 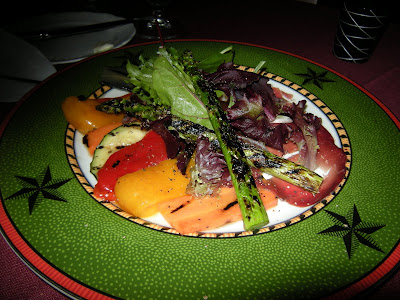 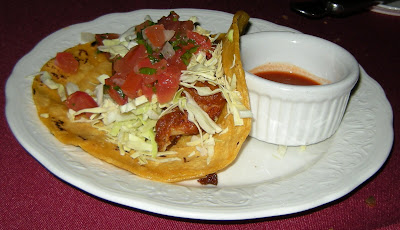 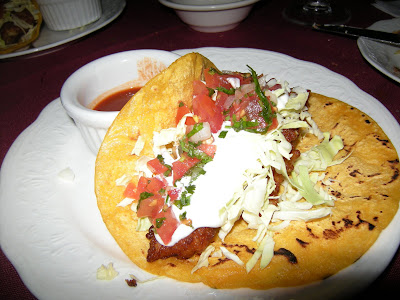