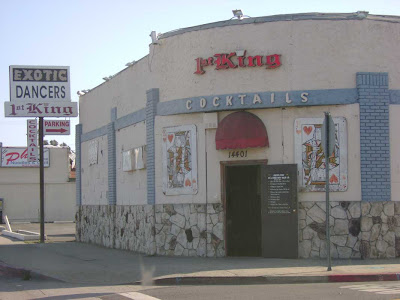 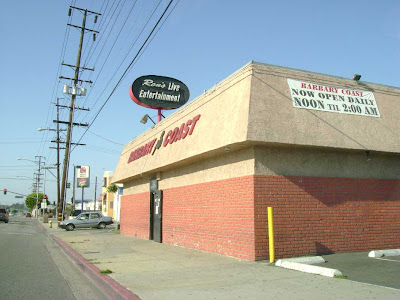 These clubs were here when I was a kid in the 1960s. They were and still are on Western Ave. near Rosecrans Blvd. In those days, Rosecrans was the informal DMZ between South Central and Gardena. I think the actual line is 135th Street, where the city limits end, so I may have to correct myself. I grew up on 148th Street, just a few blocks south of Rosecrans in North Gardena where most of the Japanese-Americans lived. Gardena was SIN CITY in the 1950s and 60s. Poker was legal and Gardena had the card clubs. My father worked the bars on Vermont Ave. near all the card clubs on the Gardena side of the railroad tracks. The strip clubs kept a low profile. Even as kids, we took them for granted and never gave them a second look. I never saw a naked woman running around the neighborhood.

Posted by Brian Aldrich at 1:20 AM